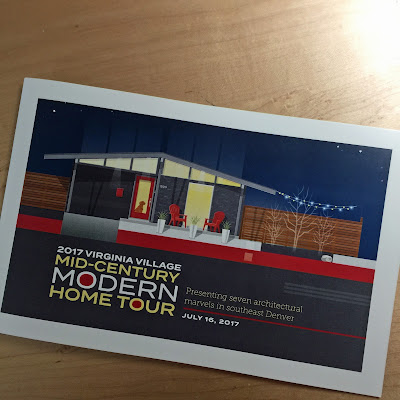 The official tour brochure describes the origins of Krisana Park.


In the late 1940s, Brad Wolff and his father, developer H.B. Wolff, acquuired an alfalfa field in southeast Denver. Responding to Denver's post-war housing shortage, they planned the construction of a new subdivision. The design of Krisana Park, however, stood out. Unlike the more common cul-de-sacs of ranch-style houses under development across metro-Denver, the Wolffs were inspired by the modernist designs of California developer Joseph Eichler. They named their development Krisana Park, and began construction on its 176 homes in 1954. Marketing their homes as '3-D Contemporaries,' prices started at $15,950. Financing was offered. With the GI bill, returning soldiers could pay $50 down payment and monthly payments of $104.02.

The brochure for the tour features architectural inllustrations of each home by Denver artist Chris Musselman. Musselman's work has been previously featured in this blog.  His website is worth a visit at http://www.christianmusselman.com.

The homes on the tour have been lovingly restored and, in many cases, augmented in the spirit of the original designs.  The openess and efficiency of the plans explains why mid-centtury modern architecture is enjoying a resurgence in newly constructed projects thoughout the city and, indeed, the entire country. 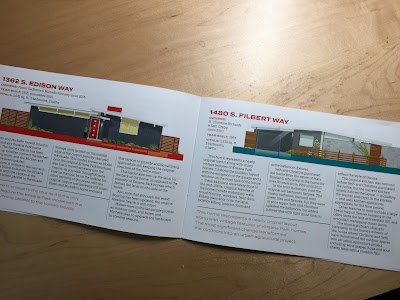