There is a video on YouTube of one of my Las Vegas projects. Apparently, the video has been posted for quite a while; an associate recently brought it to my attention. Described as a Mediterranean estate, the home is built around a courtyard which includes a swimming pool, bridge, waterfall, and towering palms. Other features are a putting green, wine cellar, and indoor basketball court. The sprawling residence is located on a large, wedge-shaped piece of land with the entry gate on the narrow end of the wedge. From the street, there are few hints that this property fans open to allow so many luxury features. Follow this link to see the video. 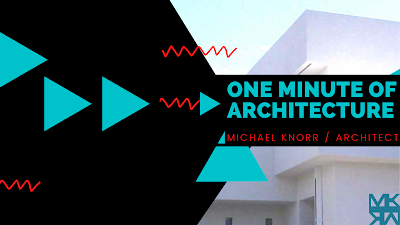 Launched this month is my new YouTube channel, Architecture Minute. Like this blog, the channel explores all facets of architecture, including architectural history, philosophy, and new ideas. Iconic buildings and important architects are also part of the mix. The great thing about a video format is, of course, the expanded ability to present the visual aspect of architectural appreciation.

There are many vlogs about architecture, including some with similar titles. (There are only so many pithy words you can combine with architecture!) It would be a great help to my efforts if, once you find my videos, you LIKE (the thumb-up icon) and SUBSCRIBE to the channel. If you're like me, it's kind of an annoyance to be asked to commit to yet another electronic "like". But that is the only way my YouTube channel will be searchable through the inscrutable algorithems of Google and YouTube. Please LIKE and SUBSCRIBE. It costs nothing. Sincere thanks! 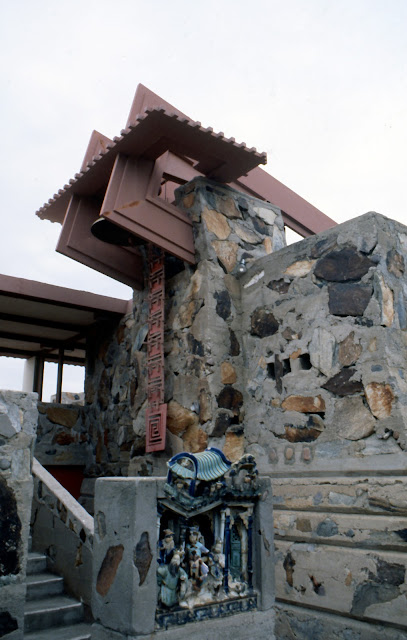 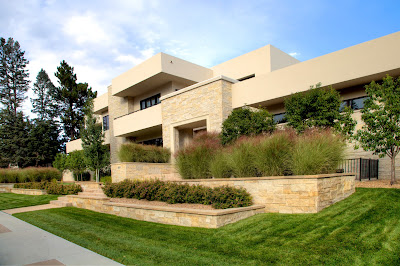 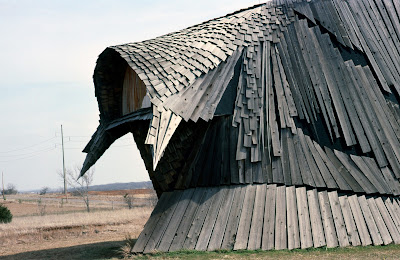 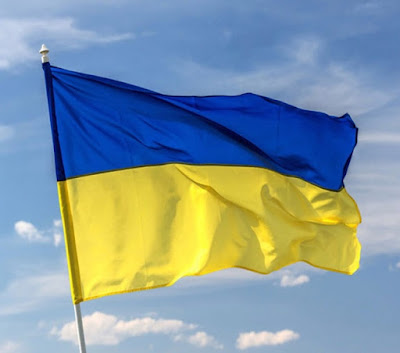 Architectural Symbolism and the Sacking of the Capitol 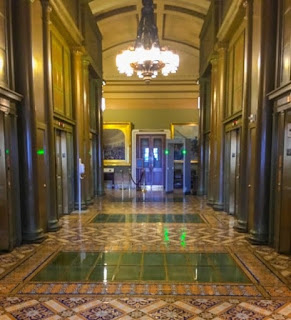 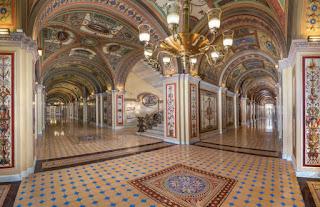 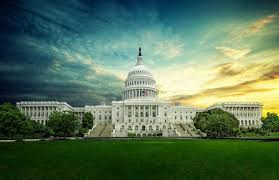 This symbolic nature of the Capitol is only more clear after the 6th of January day of infamy. The sacking of the United States Capitol carries more weight than any run-of-the-mill riot or building defacement. It was an attack on every value that our democracy is. That is why, in the aftermath of the insurrection, shocked politicians and citizens expressed their dismay about the attack using words usually reserved for religious feelings. It was an assault on the "hallowed halls" of democracy. The building is described as "a sacred space" or "a revered sanctuary" or "a shrine of democracy."  None of this, of course, has anything to do with the physical architecture of the place. It has everything to do with the architectural symbolism of the building. 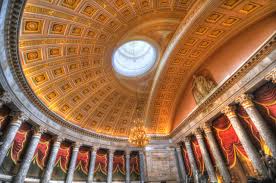 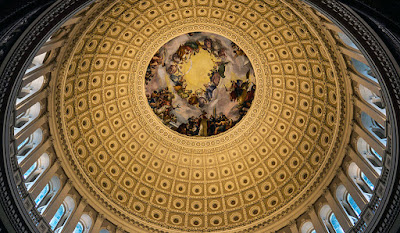 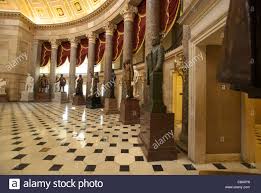 During the Civil War, President Lincoln was urged by Congress to stop construction work on the new United States Capitol building. War funds were depleting the treasury and many saw the construction project as unnecessary spending in dire times. Lincoln saw things differently. He knew that the American people needed the symbolism of a completed Capitol. Construction continued. Lincoln, of course, was right. He knew what leaders have always known: people need a tangible representation of their most valued beliefs. The Catholic Church understood this in its ascendancy and used mammoth cathedrals to attract and impress the masses. Queen Victoria understood this when she moved her seat of power to Buckingham Palace where it would be visible to all Londoners. The pharaohs certainly understood this when ordering monuments big enough to ensure their influence even after death. Architecture can be a lasting and powerful tool around which to organize ideas and inspire devotion or -- at least -- respect. 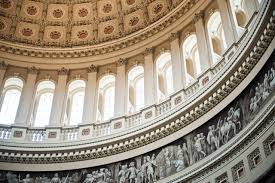 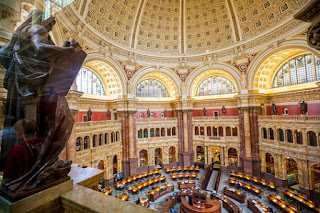 From TV reporting and a flood of video images, the average American now has more architectural understanding of the Capitol than ever before. We have seen how Officer Eugene Goodman, with his knowledge of the Capitol floor plan, deliberately led marauders away from the Senate chamber. Away from Vice President Pence as the mob frothed with "hang Mike Pence, hang Mike Pence..."  We have seen numerous replays of angry white males bursting into the senate chamber, invading private offices, and smashing doors and windows with abandon. All within the gravitas of marble halls, colonnades, and classical details that we recognize as our United States Capitol. 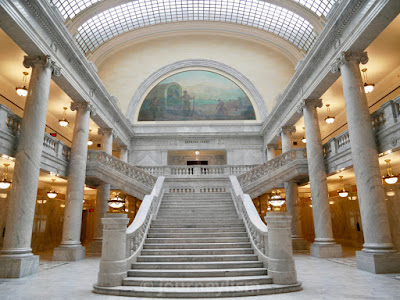 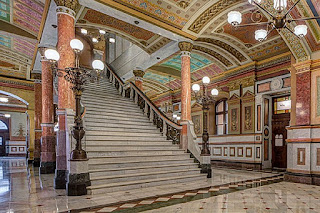 Is there some other form of architecture that could carry the weight of all this symbolism other than the Classical Revival building that has been bequeathed to us by history? Of course. Had the Capitol been designed in the twentieth century with modernist materials and details we would probably be in thrall by whatever that building looked and felt like. Or, perhaps, some Art Nouveau confection would be our inheritance. Or maybe a late-Gothic, spire-encrusted building like the British Parliament. Whatever it might have been, if it housed our government it would eventually grow into a symbol of our government and a symbol of who we are as a people. A symbol beyond the reach of architectural criticism. But our founding fathers and subsequent leaders decided that the proper receptacle for a democratic government was Greco-Roman architecture because the Greeks invented democracy. So there we have it. That architecture has been established, repeated, and embellished over the years. As a powerful and rich nation we have had the resources to build and maintain the Capitol architecture in top-notch form. What we see today on TV is a legacy from the past that is alive today. 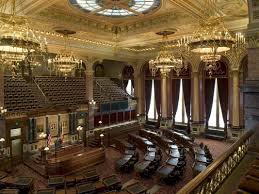 All buildings have a spirit in some sense. We have warm feelings about home, religious devotion in church, feelings of excitement in an arena. Under the best circumstances, architecture supports and encourages such feelings. That is the purpose of architecture, as opposed to merely encasing these functions in an ordinary building. For any architect fortunate enough to author a major public building, one hopes they are up to the honor. The symbolism they establish with architecture can be long lasting and very serious. And perhaps it would be good to remember that any outrage we may feel about the January 6th sacking of the Capitol, any fondness we may have about the lavish architectural details, and any heartbreak we have about the desecration of that building is not about the physical construct at all. Our outrage is about the defilement of the ideas which that building symbolizes after centuries of standing unmarred by internal political strife. 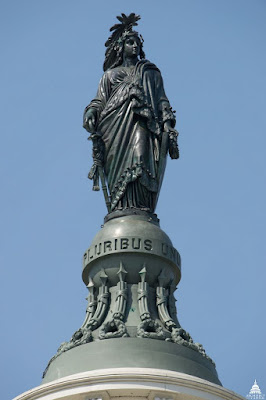 Architect Greg Walke sent us this meme circulating on the web.  'Nuff said. 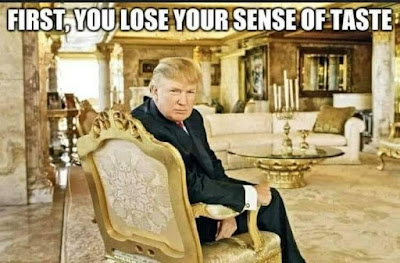 
I don't know why I have never heard of Walter Weberhofer (1923-2002) at some time during my architectural education. Weberhofer was a prolific modernist architect working in Peru. I recently stumbled across images of his Casa Fernandini (1957) built on the beach at Santa Maria del Mar, Peru. I am embarrassed to admit this design eluded my awareness for so long. It is a dramatic and romantic architectural work of art — worthy of inclusion in any history of Mid Century Modern design.

Casa Fernandini, with its cantilevered decks and horizontal emphasis, is obviously influenced by Frank Lloyd Wright's Fallingwater (1939) at Bear Run, Pennsylvania. However, it is not just a knock-off of Wright's work. Casa Fernandini hints at the New Brutalism movement about to emerge as well as being extremely vigorous with angular tension and structural panache. The house also reminds me of sets for the film version of  Ayn Rand's The Fountainhead (Warner Brothers, 1949.) The set designs by Edward Carrere were panned at the time by the architectural press as a perversion of modern architectural principles. Admittedly they were cartoonish and hyperbolic, but also viscerally enjoyable. Weberhofer's work is like that. Over the top, but fun.