Architecture never exists in a vacuum. Any work of architecture never truly looks great unless the interior design looks great, the landscape architecture is complementary, and the hardscape (developer speak for all hard surfaces: roads, parking lot, lighting, sidewalks) is well designed.
Above is a picture of hardscape in my neighborhood, a bridge over a freeway. This was designed and built as  a unified structure.  It is part of a big freeway expansion project and is repeated many times over the same freeway.  Presumably some time and effort went into the design of these bridges. Yet, it is not a coherent design.

Q. What is wrong with is picture?

A. Nothing goes together.

The decorative sidewalk lights are designed to shine upward and reflect light off the curved hood down to the sidewalk. Not a bad contemporary design but the light they provide disappears in the surrounding street lights and freeway glare. These little lights provide precious little light. They should be called darks.
Perhaps in recognition of the inefficacy of the pedestrian lights, slightly taller street lights are spaced regularly along the bridge. They provide adequate light for cars and pedestrians, but the traditional design of the taller lights has no relationship to the smaller contemporary lights. It is as if the two came from different centuries - the nineteenth and the twenty-first   No one bothered to coordinate the spacing of the tall lights to the smaller ones.  Sometimes they are close together, sometimes far apart. (Nice team effort there.) Furthermore, neither the tall lights nor the short lights have any design relationship to the street lighting in the neighborhoods on either side of the bridge or the more functional freeway lighting elsewhere. Any contextual reference is nonexistent. Doesn't anyone bother to consider these things?

What's wrong with this picture? 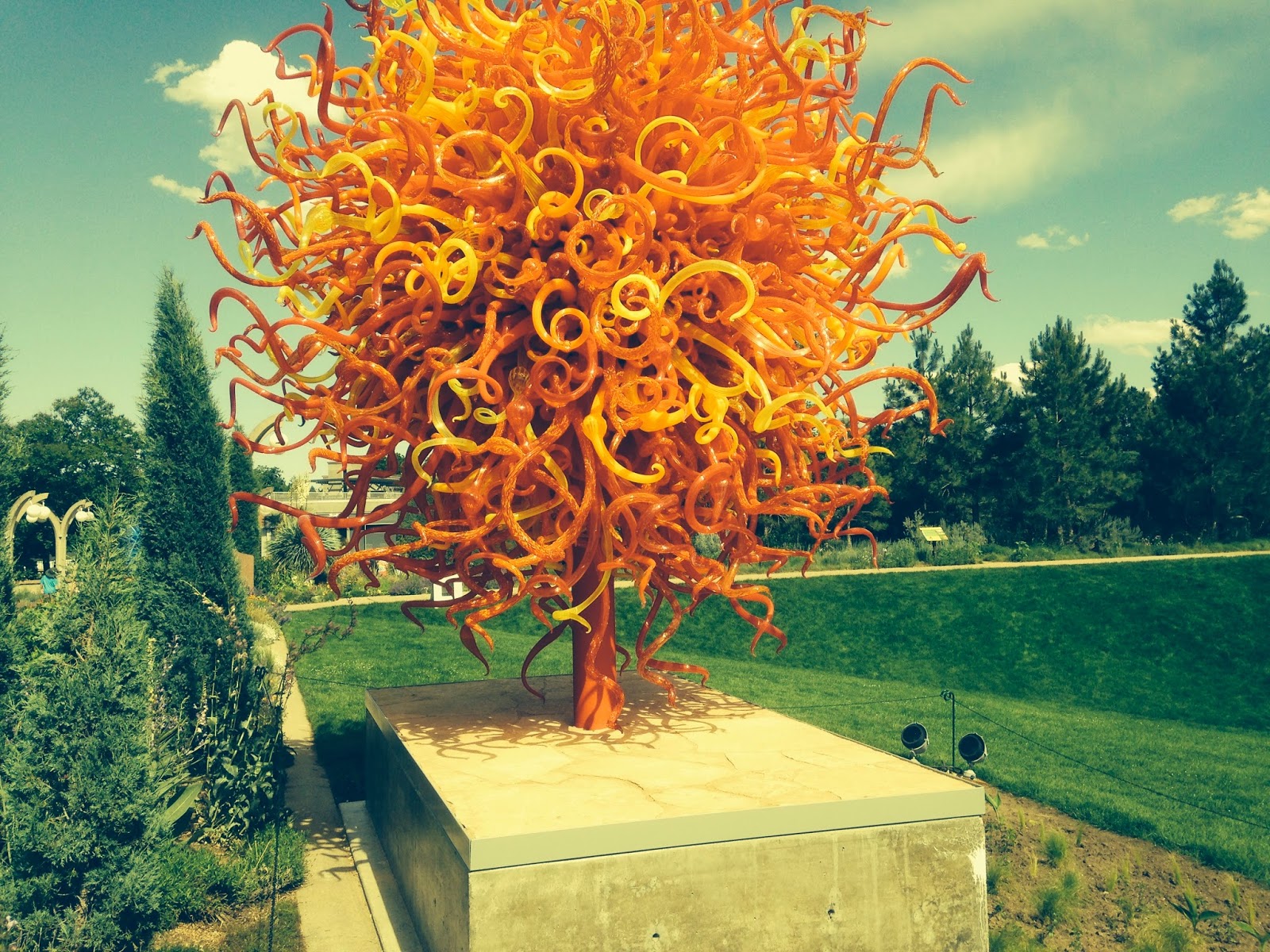 Continuing the discussion on architectural hardscape: there are good ways to do it. Sometimes outdoor art is part of the hardscape, making pathways, plazas, gardens and buildings more interesting. There is no better example of art mixing with landscaping and the built environment than the current exhibit of Dale Chihuly glass art at the Denver Botanic Gardens. The accompanying iPhone pictures hardly do justice to the spectacular glass installations. For more on the artist and his work (and much better pictures) click on http://www.chihuly.com. For more information on the Denver exhibit, see link below. 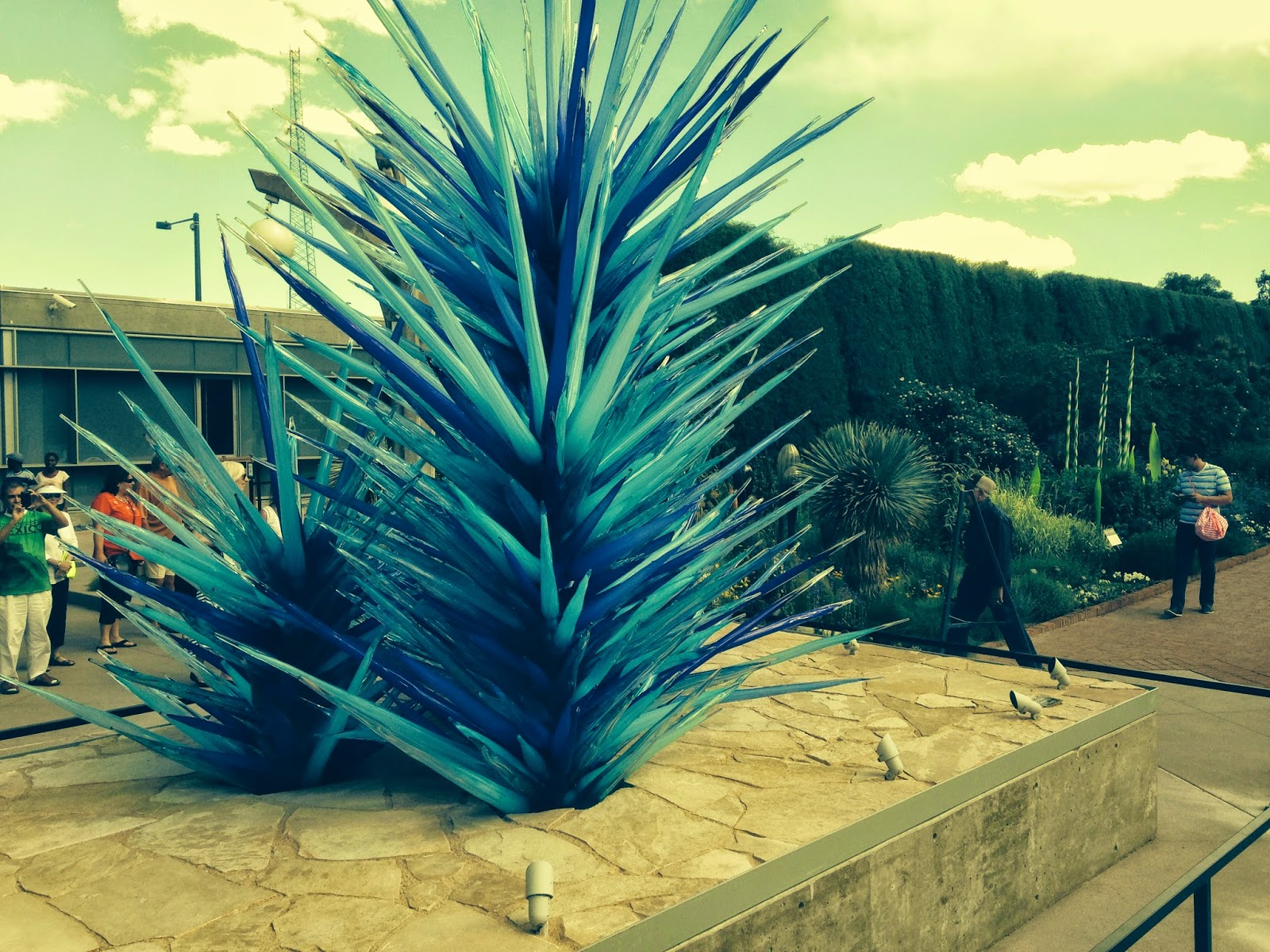 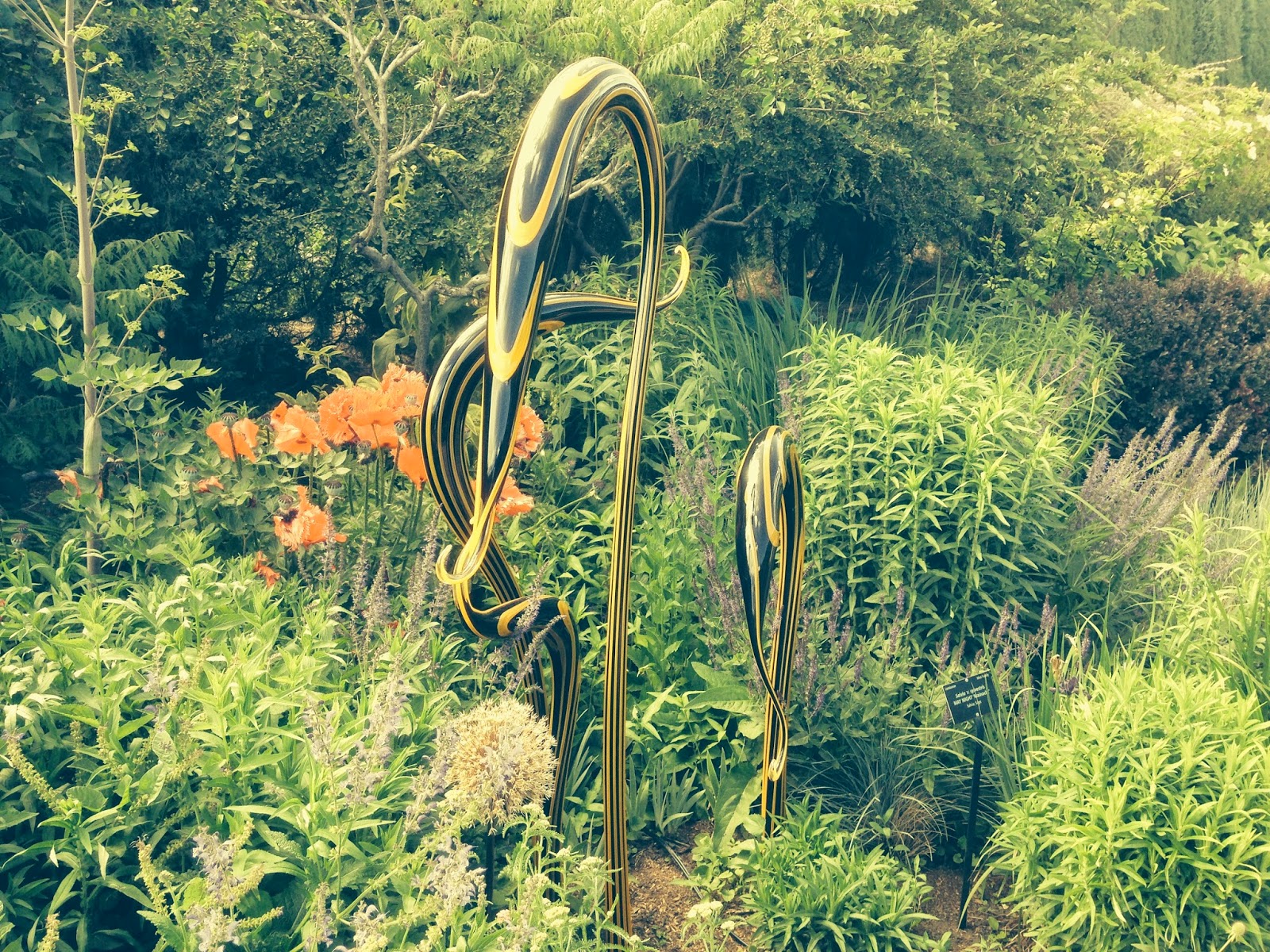 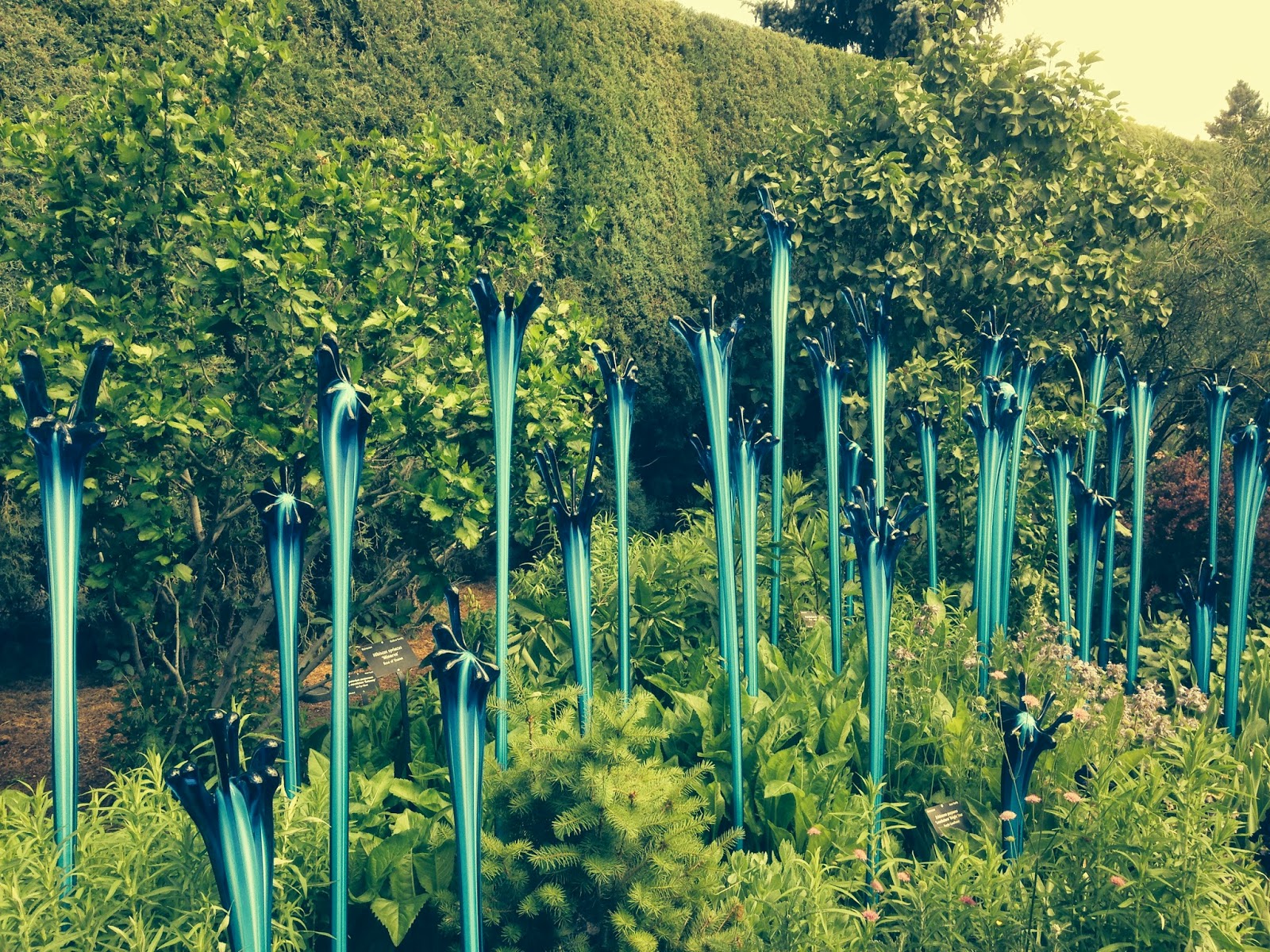 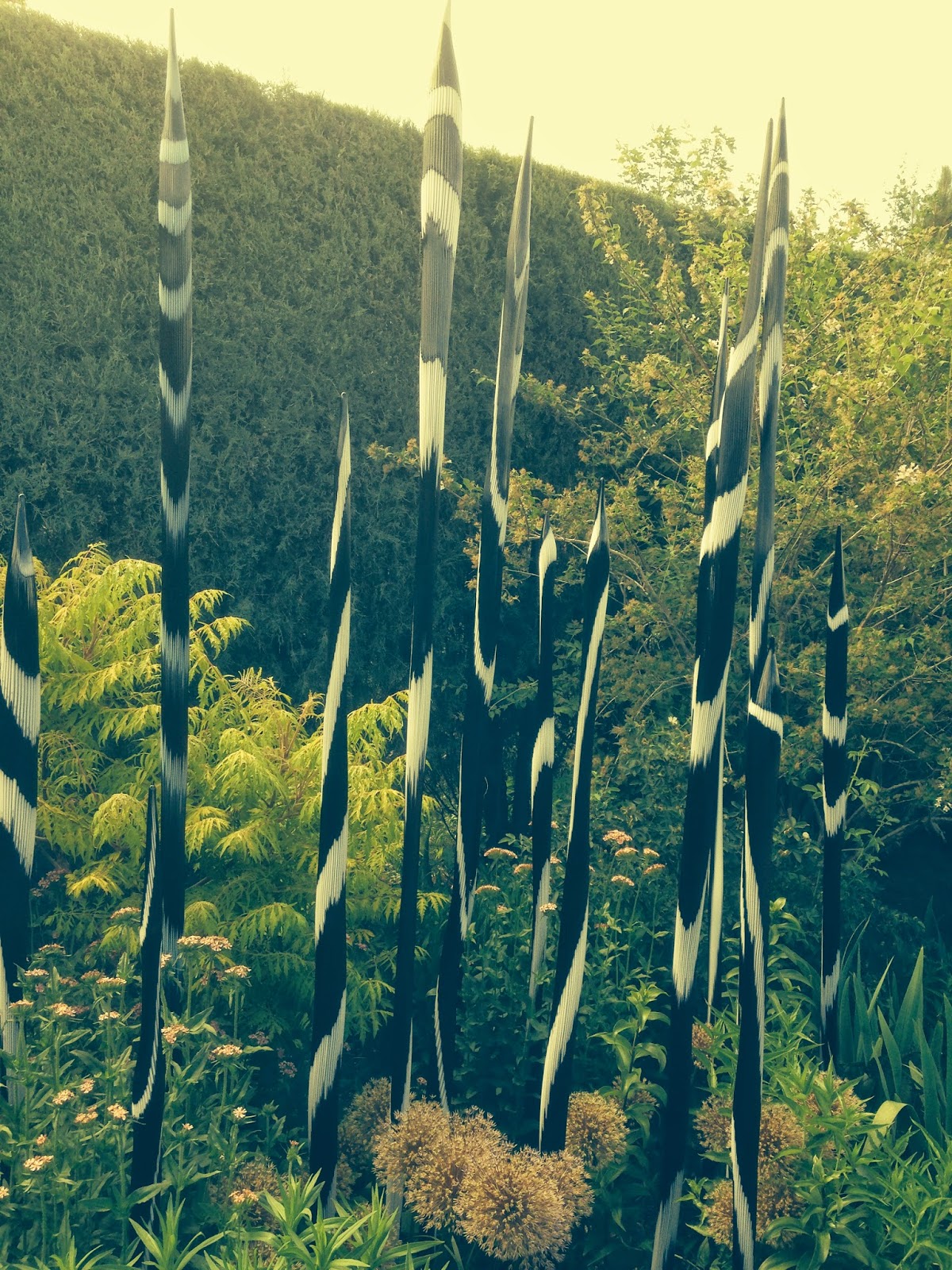 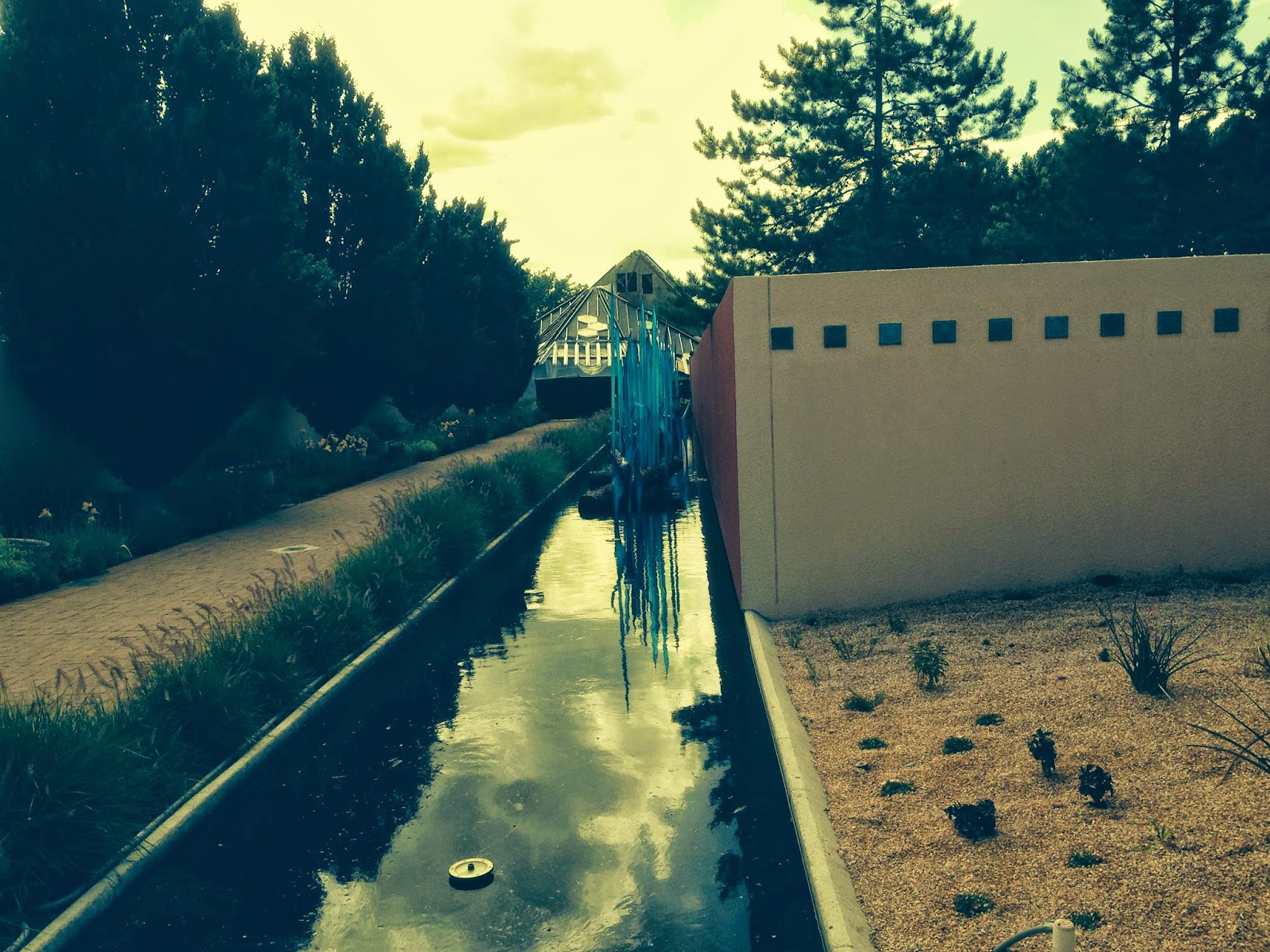 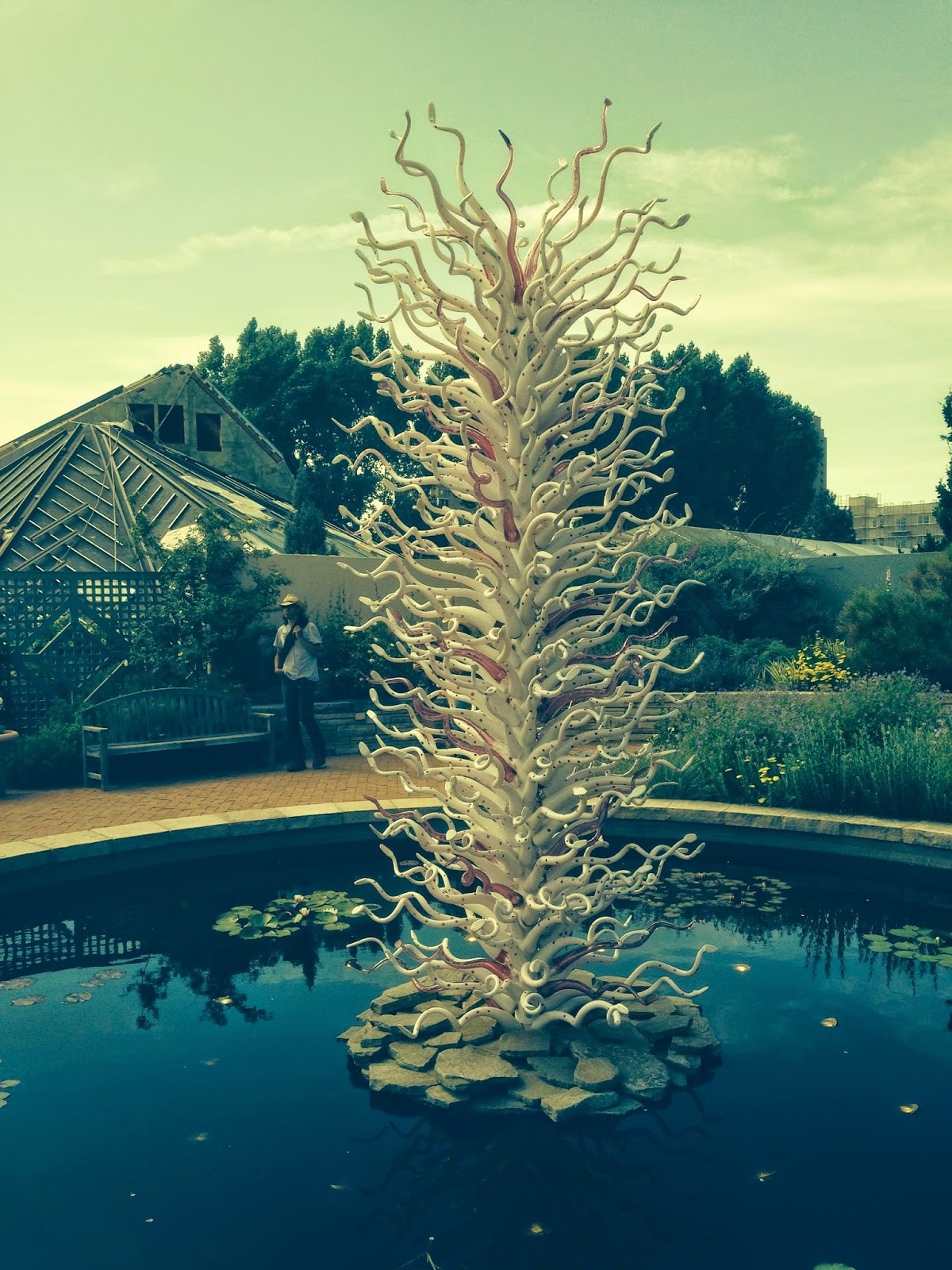 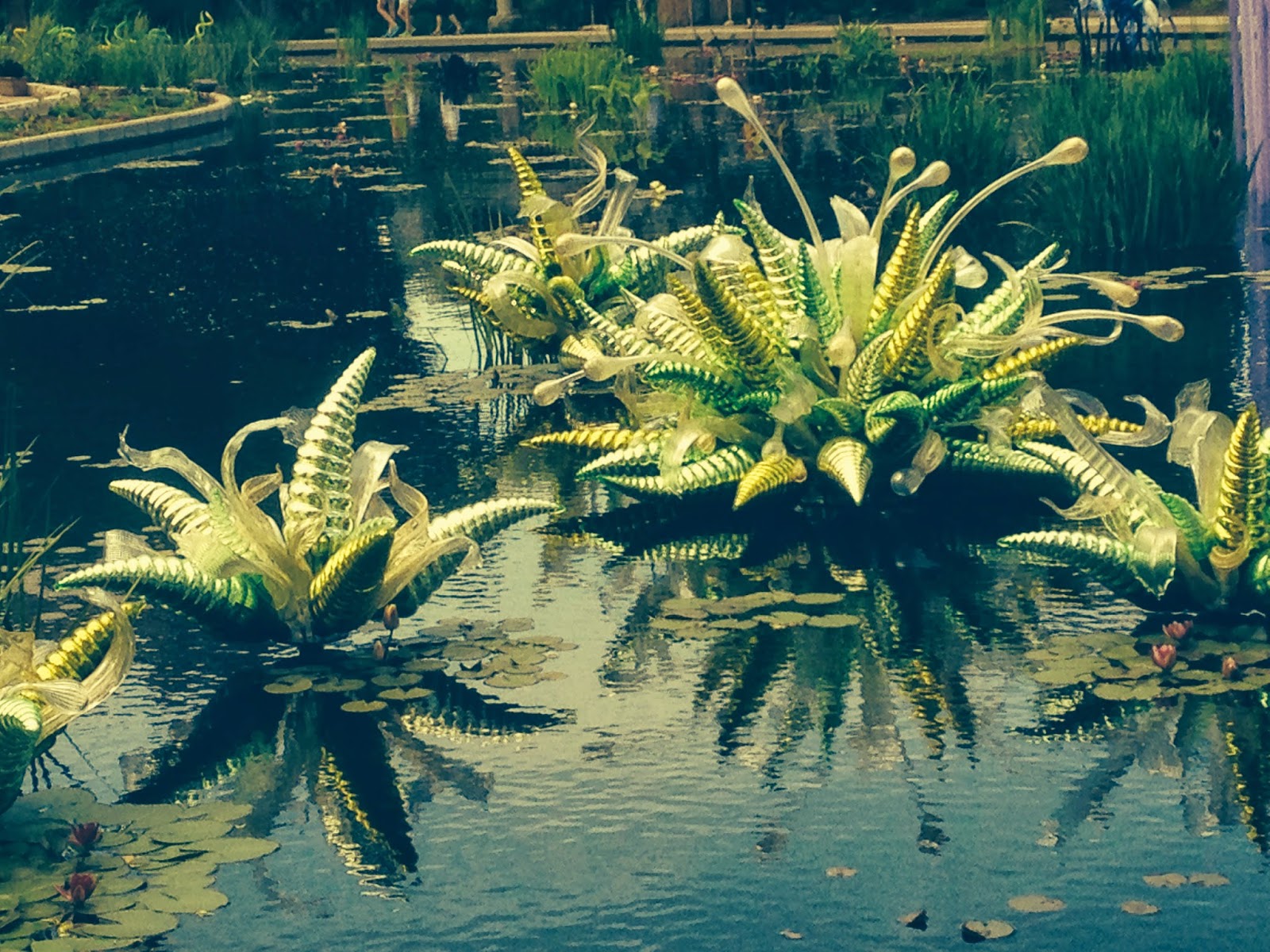 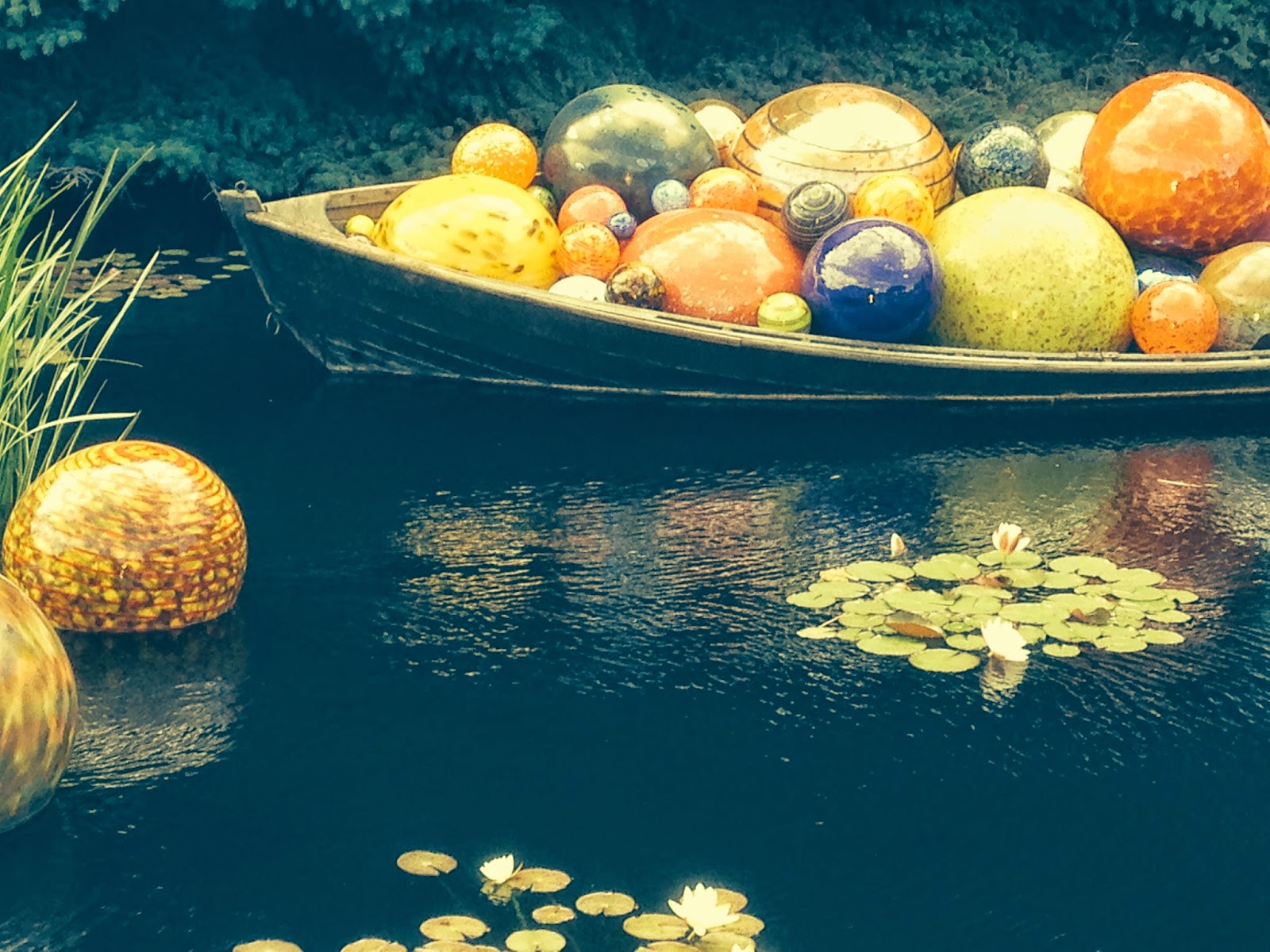 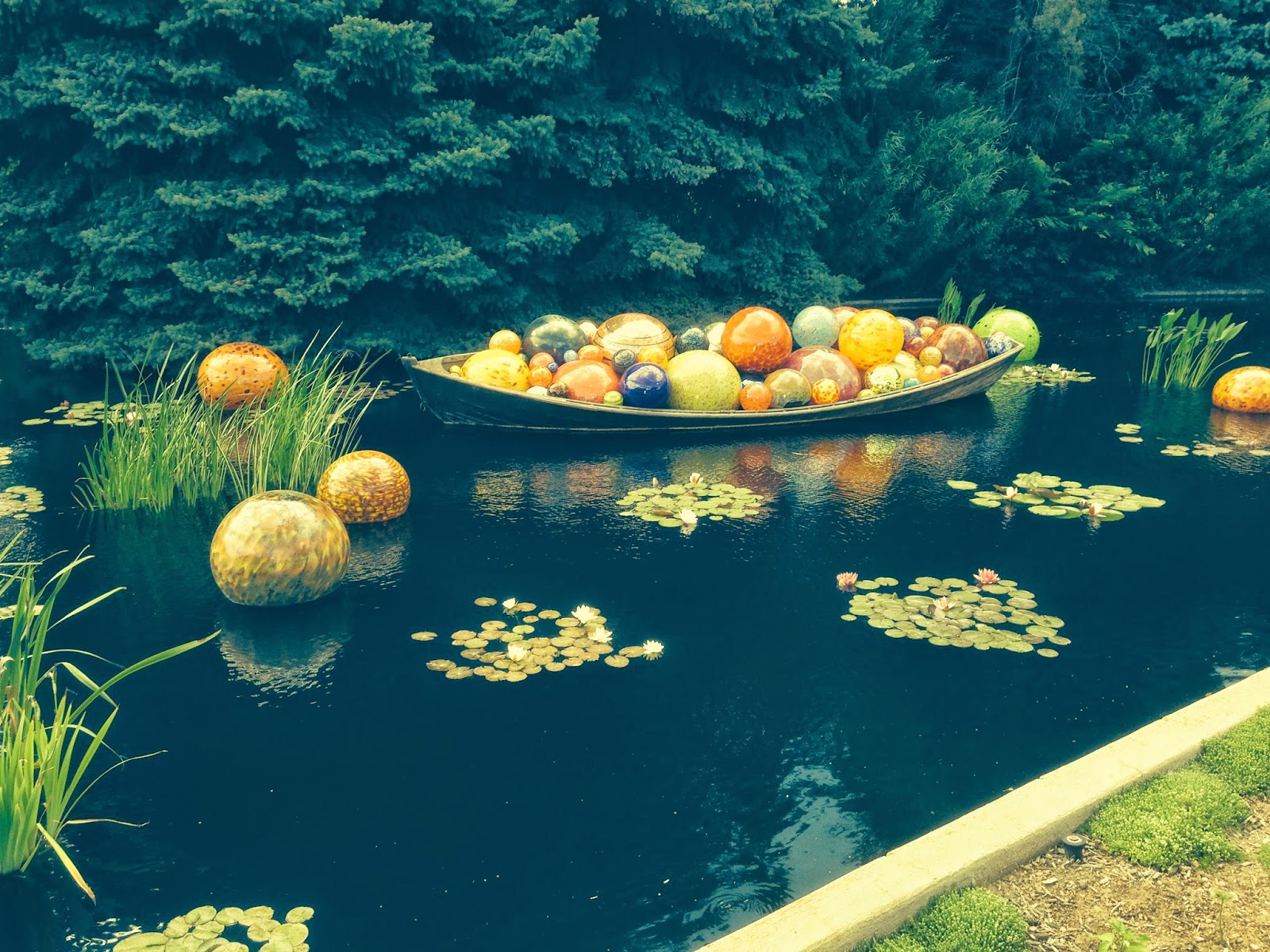 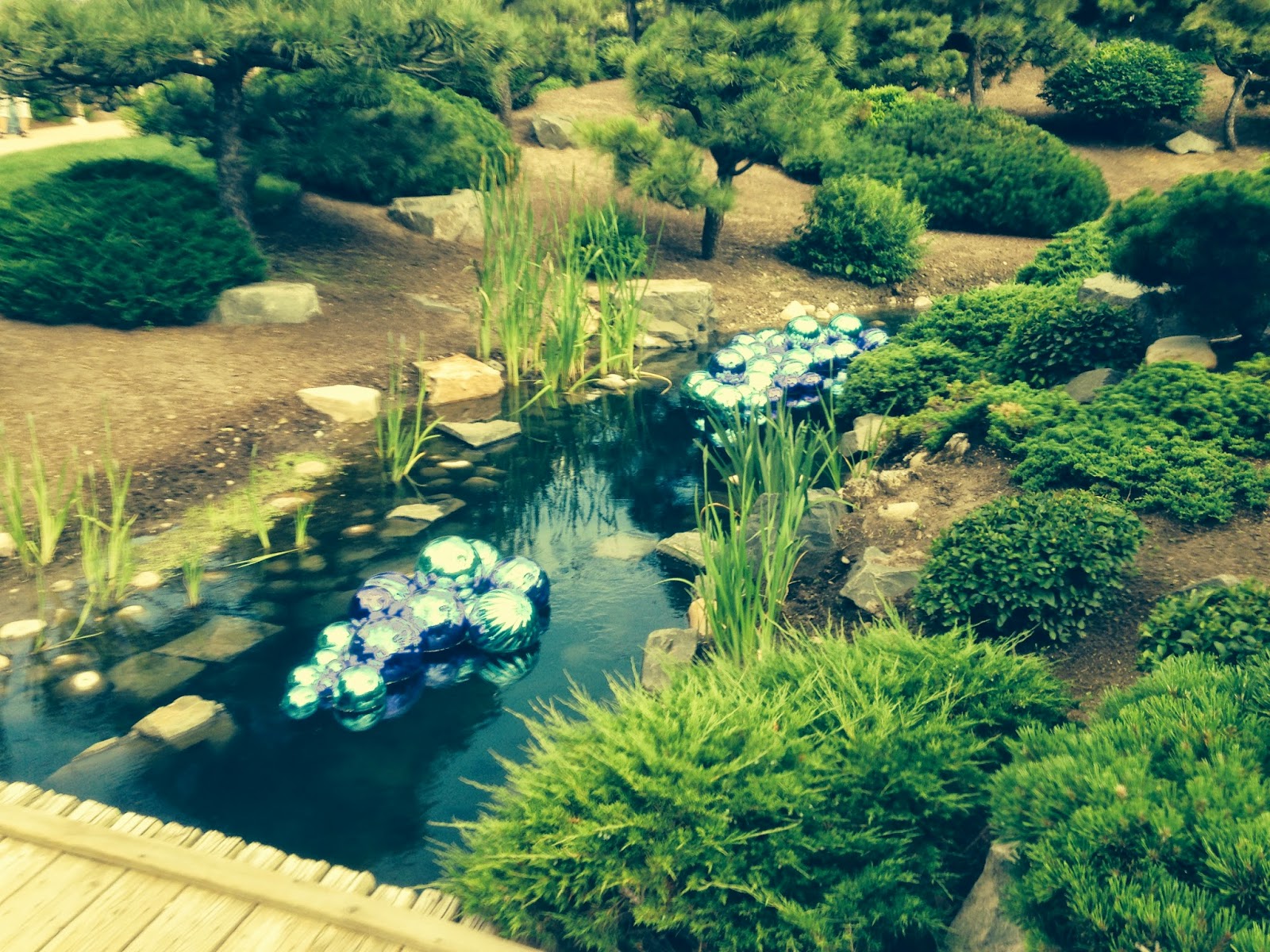 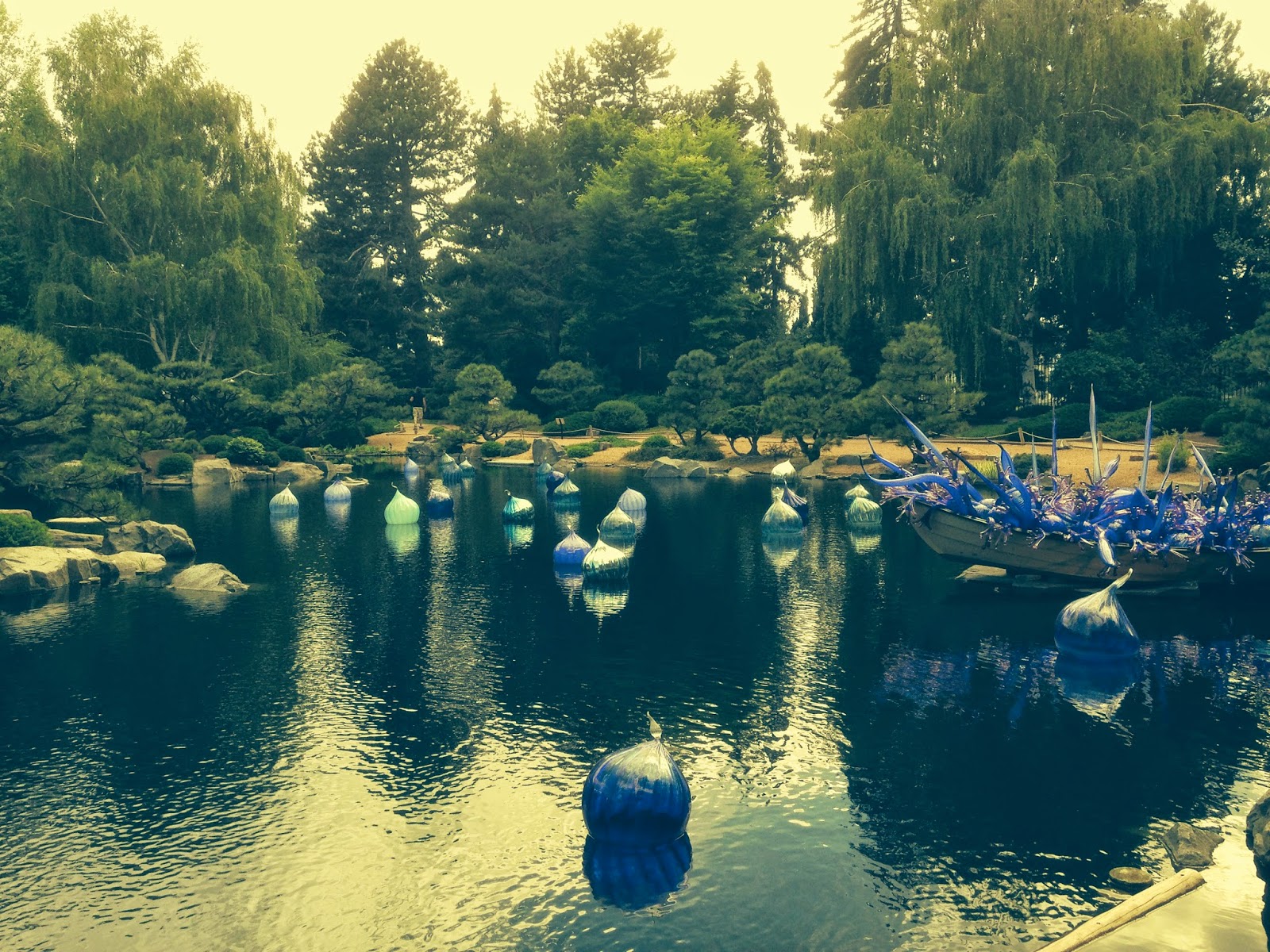 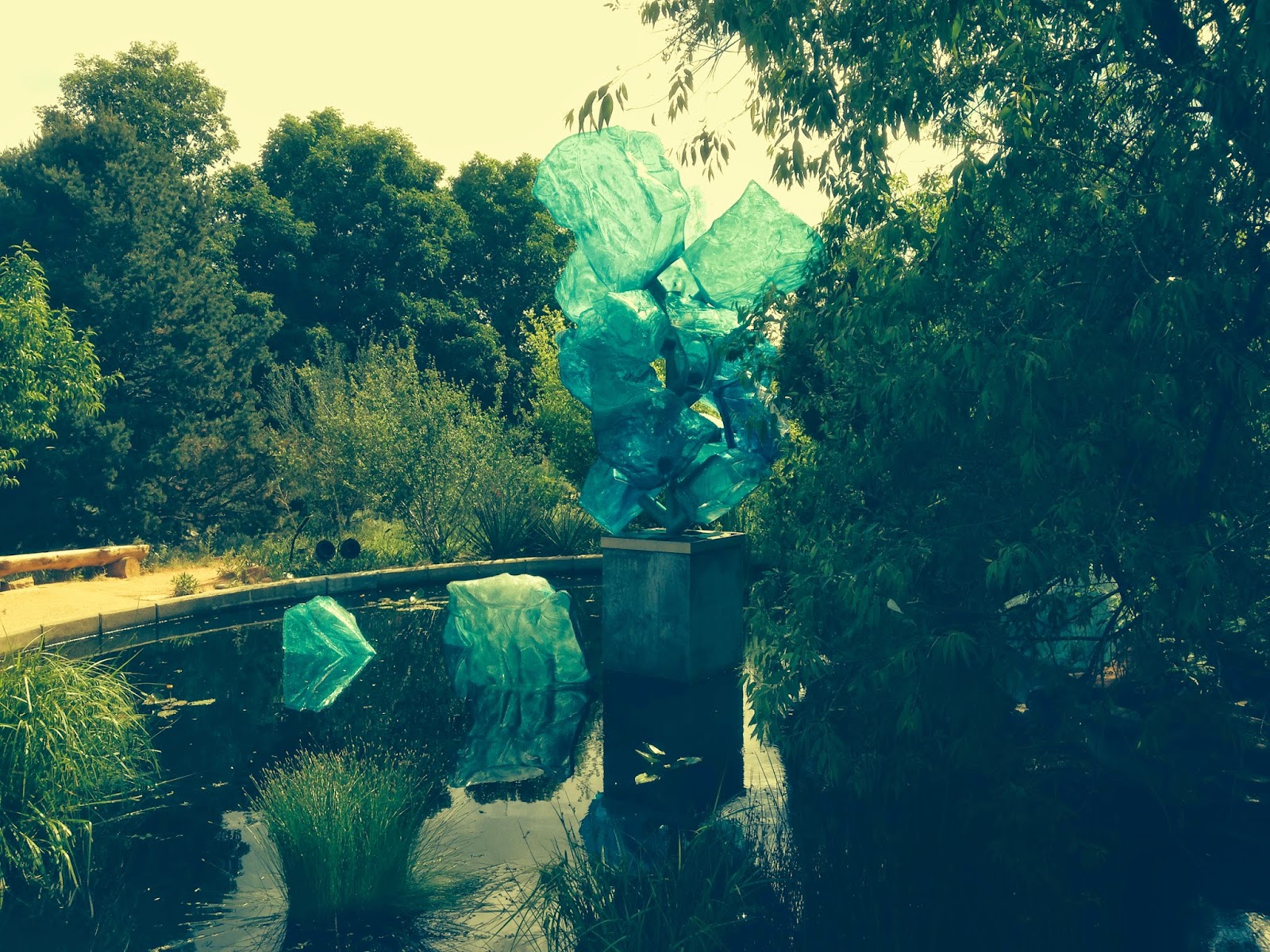 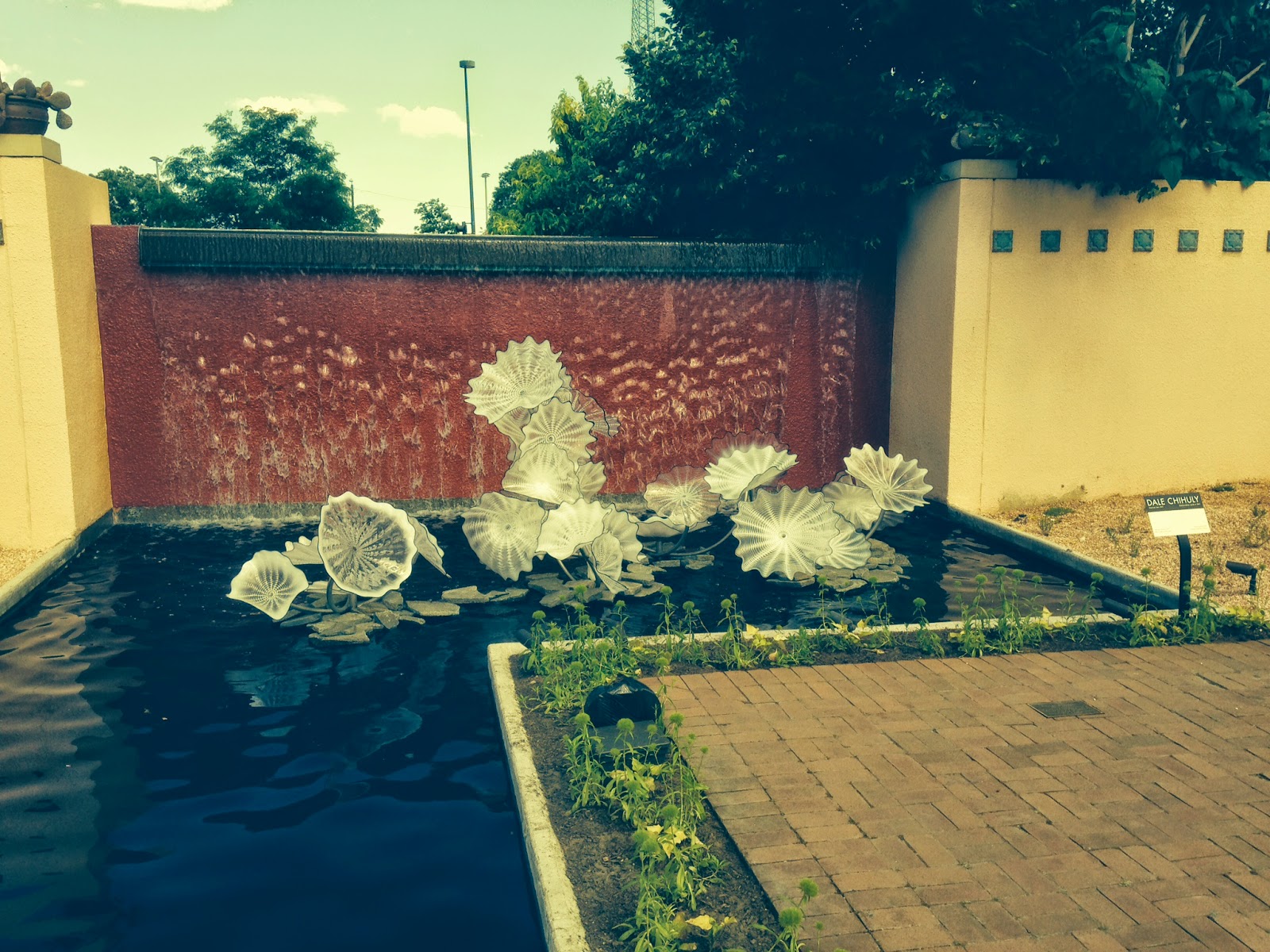 The Wright and Like architecture tour in Wisconsin (mentioned in the previous entry) was a huge success in bringing recognition to the architecture of LaVerne Lantz.

About four hundred people toured nine properties: two designed by Frank Lloyd Wright, one by Louis Sullivan, a library by Claude & Starck, and five homes designed by LaVerne Lantz. For many, discovering Lantz's work was a revelation. Repeatedly, people made comments like, "I never heard of him, but his work is wonderful," and "I like Lantz's homes as much or even more than Wright's."

This marks Wright in Wisconsin's 19th annual home tour. Many people participate in the tour year after year. This year they traveled from as far afield as Kentucky, Missouri, Iowa, Colorado and, of course, all parts of Wisconsin. For architectural junkies the event provides many opportunities for fellowship and discovery. The conclusion of the three day event was a Sunday brunch with a panel discussion focusing on Lantz. Several original and/or current owners of Lantz-designed homes were in attendance, meeting each other for the first time.  The idea was put forth of starting a Lantz owners club which would continue to make the public aware of the breadth and quality of his work. This type of recognition of Lantz's work occurs for the first time nearly two decades after his passing.

One of the crowd favorites was the Ron and Eileen Karrer house built in 1996. From the tour brochure:

Although this home is clearly among his later projects, Lantz continued to design with the following concepts/features: integration into the existing terrain; a strong horizontal emphasis; broad, overhanging eaves; the use of natural materials; and continuous expanses of glass.  In order to keep costs down, the Karrers were willing to actively participate in the home's construction, which began in 1993. With guidance from Lantz and actual physical assistance from family members, they were able to occupy the cedar, glass, and limestone clad home three years later.

Molly Lantz, LaVerne's widow, calls the Karrer residence "the treehouse." It is, indeed, a house that seems to float amongst the trees.  Lantz sited the home on a steep ridge (not the Karrer's original location on their forested property) which makes it feel like it is in the treetops. It has an astonishing connection to the natural environment, especially at this time of year with mature oaks and maples in full leaf. 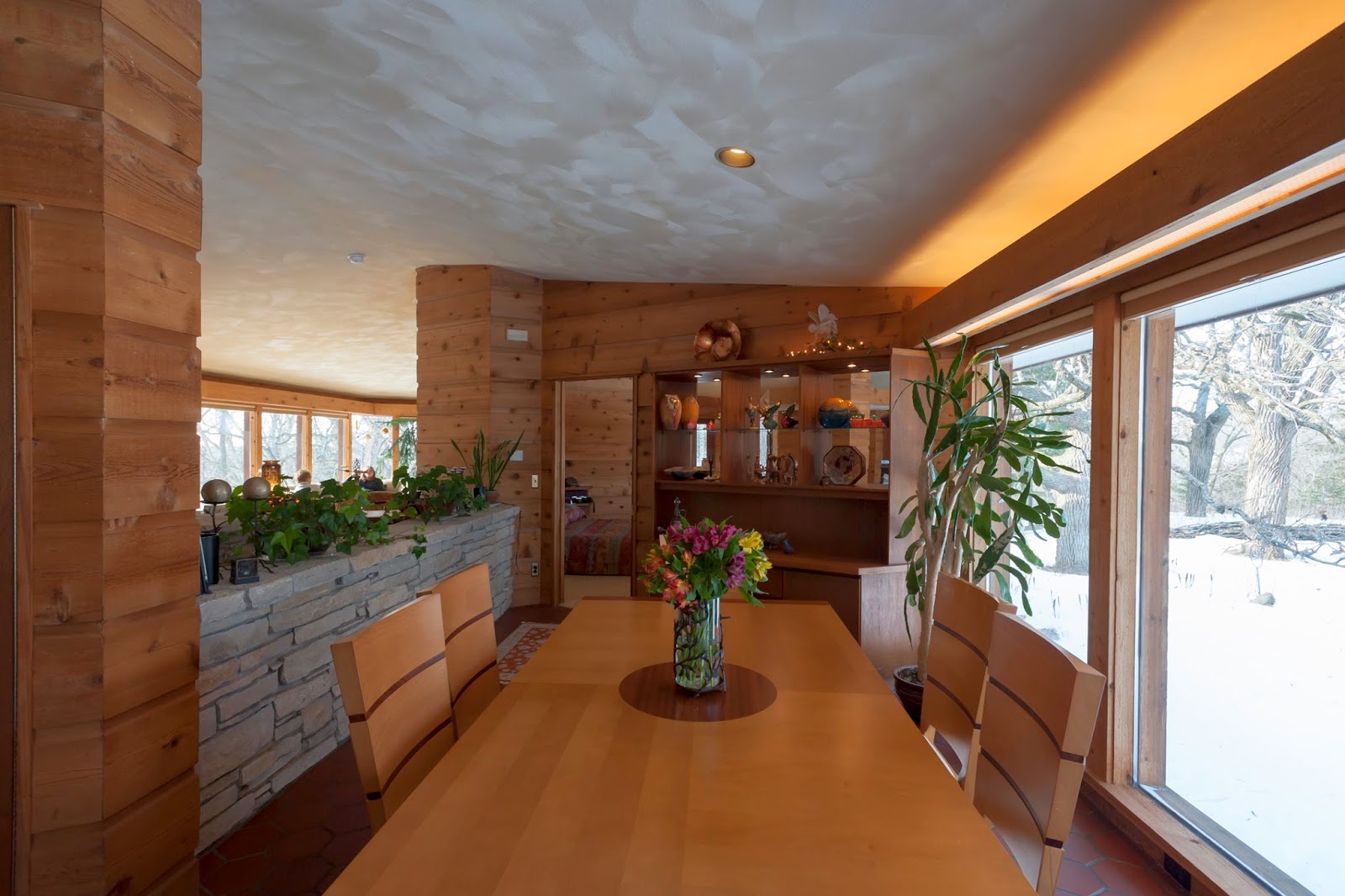 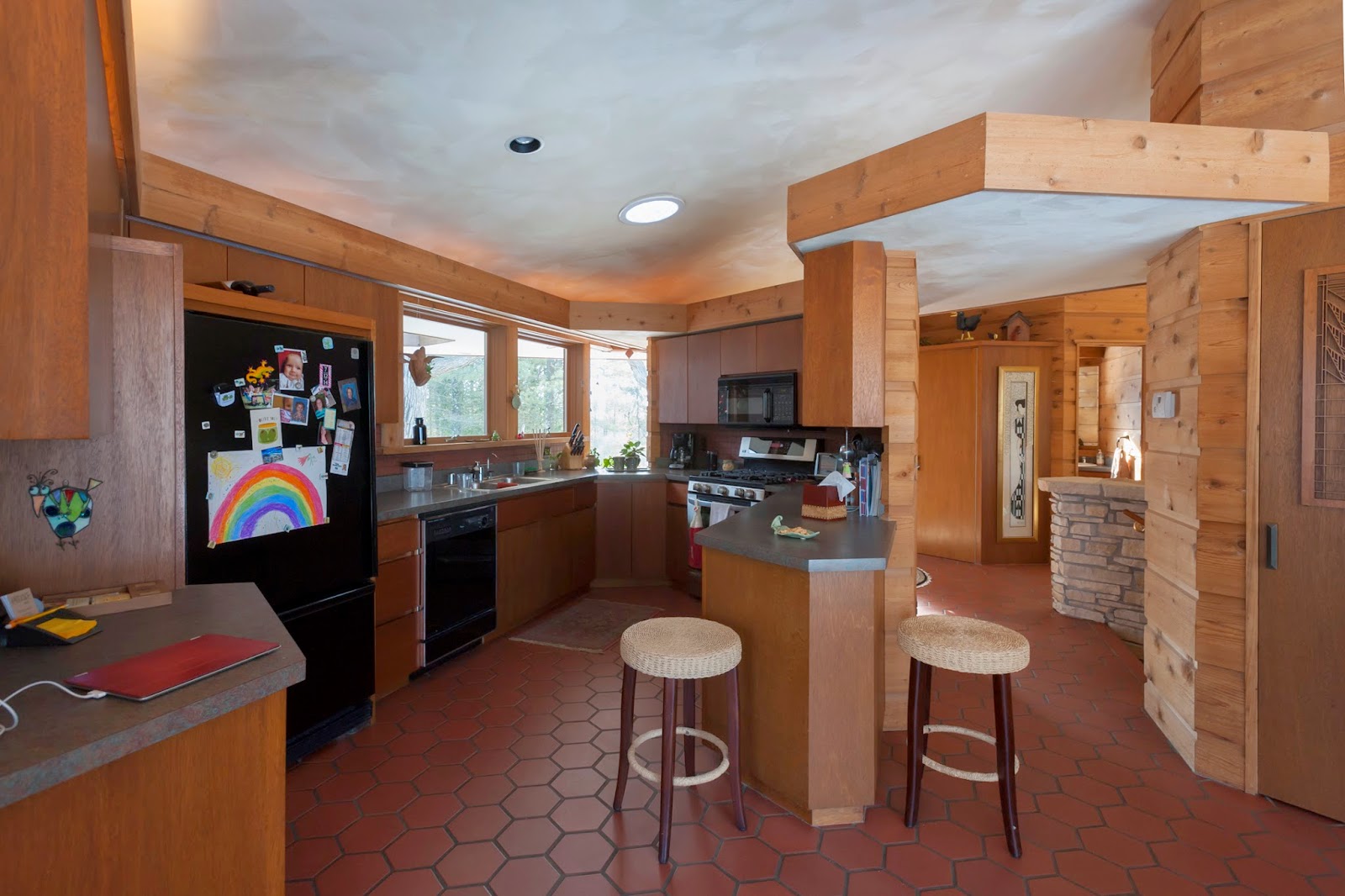