Discussions about architecture often revolve around styles. In Las Vegas, Mediterranean and Tuscan predominate with mid-century modern making a significant comeback. Back east, French country and English colonial still are popular. These styles go in and out of fashion with the times, a phenomenon sometimes called the battle of styles. But it is little noticed that one major battle has been waged and won: the battle of styles on the inside of our buildings. The victor is clear: modern has triumphed over traditional in terms of space planning, room arrangement, and functionality. This event both reflects and affects how we live and work in the buildings we inhabit.

Let’s consider the evidence in new homes built today. Forget, for a moment, how they may be furnished or marketed and think about the space. You will find the following:
• Kitchens are open to other rooms, usually divided only by partial walls or work islands.


• Homes are “transparent” to the outdoors: patios are extensions of indoor living space, minimally separated from the inside by big windows and sliding glass doors.

• Master bedrooms are more open to master baths then ever before – sometimes divided only by a two-way fireplace or a wide passage with no door.  Typically, the toiket is compartmented for privacy, but the bathing area is open and full of natural light.

• Living rooms are as old fashioned as the Edwardian parlor. They have shrunk or disappeared altogether while wide-open great rooms dominating houses of every description.

Most people don’t realize that this phenomenon -- the primacy of the open plan over closed rooms – is a victory for modern architecture. Even when furnished with traditional items and cloaked in old-style details and finishes, the open plan is a result of the deliberate efforts by modernists of the early twentieth century to explode space, freeing us from tiny boxes encapsulating our activities as living rooms, dining rooms, bed rooms, breakfast rooms. Today, "rooms" are out and "areas" are in.  Our lives are enjoyed in areas loosely defined by flexible functions and open plans.

The challenge for architects is to design open plans that are not too open. Space needs to be articulated to feel comfortable. We can accomplish this by changes in ceiling height, carefully placed partitions, floor level changes, and other architectural elements. Architecture hasn’t been thrown out the window with the old-fashioned rooms. In fact, sculpting space in a meaningful way is more important that ever if our buildings are to be useful and comfortable. And the need for some areas of privacy in our buildings has never gone away;  we simply provide for them within the larger context of open planning.

Perhaps the triumph of open plans reflects the ascendancy of the middle class. Architecture used to be defined and supported mainly by the wealthy. They relied on servants and a system of clearly defined classes. Those being served required separation from those doing the serving. This effectively separated life from living. Compartmentalized buildings mirrored this fact.

Today, architecture and high design is no longer only for extreme wealth. It is possible for a broader middle class to experience it. Today we all need it. Open plans lend themselves to a comfortable and relaxed lifestyle that can be enjoyed by people on many rungs of the economic ladder. It’s a new freedom from which even the rich are not excluded.

With open spaces our minds are open too. Open to the realization that we can live indoors and outdoors as the seasons may allow. Open to the understanding that there aren’t servants hiding behind the dining room door, but that we live (or ought to live) in an egalitarian world. Our minds are open to interior vistas that make small spaces bigger and bigger spaces more interesting.

Finally, we might note that this phenomenon in architectural design is an idea heavily promoted by west coast architects in the mid-twentieth century. It is an idea that slowly spread east, advanced in the 1950s by popular magazines like House Beautiful, Life, and Coronet as the new post-war lifestyle. To this day, the American west is more amenable to this attitude, but it has gradually become an American ideal.  More and more, whether we live in a Mediterranean home or a Tuscan-inspired condo, it is likely that our floor plans are open and our minds are encouraged to expand in the same direction. 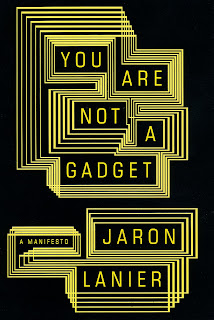