When talking about architecture –especially when making value judgments – culture and environment cannot be separated from design. The underlying influences upon architecture are integral to its understanding and to its creation.

Architecture does not exist in a vacuum. It is a product of individual minds, but minds live within the context of specific cultures. That is why architecture of the Italian renaissance looks quite different from, for example, Nepalese architecture from the same period. Architects of the European renaissance were exploring new spatial relationships with a vocabulary based on ancient Roman forms. 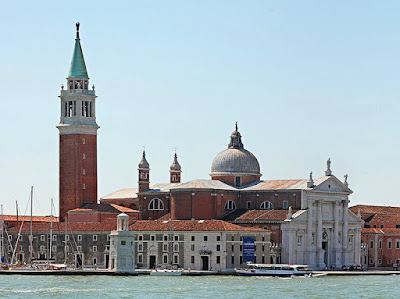 In contrast, architecture in Nepal was compressed and dark. Form was carved into anthropomorphic forms never seen in the west. Religions, social values, political systems, and climate are completely different between Italy and Nepal. So it is not surprising that the two cultures produced two obviously different architectures. Neither type of architecture would logically exist in the milieu of the other unless by some sort of cross-cultural pastiche, like an amusement park. (Disneyland’s Epcot Center is an example of this type of architectural chicanery.) It is easy to deduce that the basilica of San Giorgio Maggiore in Venice is a product of a different culture than Patan Durbar Square near Katmandu. Despite having been built at roughly the same time, the architectural clues to their identities are obvious. It would not take too clever a detective to deduce from small fragments of evidence the true source of almost any architectural style. It is in the DNA of buildings. San Giorgio Maggiore employs a large dome, Roman columns, and the suggestion of a large interior space. It speaks of Italy. (Although the knowledgeable observer will also notice eastern influences that come from trade and political connections between Venice and the Ottoman Empire.) Patan, on the other hand, exhibits rich sculptural surfaces with little indication of spacious interiors because they do not exist. It has the thick weight of Hindu architecture. 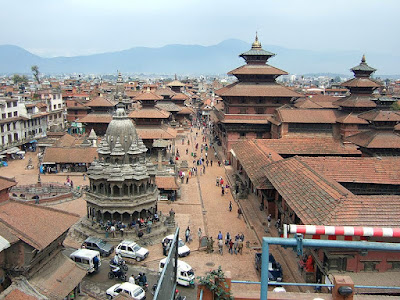 This comparison could be made with any number of cultures and the differences would range from the significant and easily identifiable (England:Egypt; Russia:Brazil) to the more subtle (China: Japan; United States: Canada). 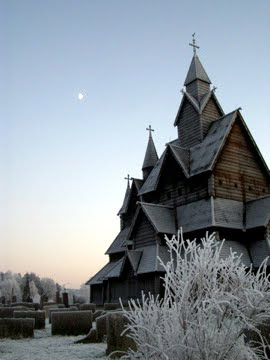 Cultural differences occur for many different reasons. Northern climes tend to produce architecture with very steep roofs because they shed snow easily and keep excess weight off the structure. Mediterranean climates  allow low-pitched roofs. Gentle roof lines are often a result of a gentle climates. Those are environmental factors: just the beginning of a complex matrix of influences. 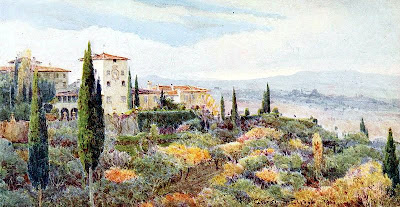 The discussion becomes really interesting when we delve into judgments of good versus bad architecture. Or beautiful versus ugly. How do we define these things? Is there one set of standards by which all architecture can be judged? If you think these questions don’t really matter, I can provide at least one example where it was very important to some people. This came up in a personal way when I was teaching architectural design at the University of Oklahoma. I had two Iranian students who always presented the most unusual solutions to class assignments. To be blunt: I found their projects willfully bizarre. I did not know much about their background or the cultural history of their birthplace. They were refugees from the Islamic revolution in Iran, probably from privileged families, and certainly had values and references different than mine. Maybe, in the context of their culture, their design solutions were not strange. Maybe they were quite appropriate in the context of esthetic issues important in Iran. Perhaps these students intended to apply similar solutions in their homeland at some future time. Who would know or be able to explain to me the full background of a completely alien culture? I realized I didn’t have any fair basis with which to judge their work. If beauty is in the eye of the beholder than what beauty does a stranger see? In the case of these Iranian students, I gave them passing grades as long as they completed the technical requirements of the assignments. Whether or not they were creating “good” architecture I have no idea to this day. (This is my general attitude toward architectural education: I don’t believe good architecture can be taught, but a good teacher will establish an environment in which capable students can thrive.)

Maybe there are some universal reference points common to all architecture. We are all human beings (we’re not talking about imaginary intergalactic architecture) and human scale provides one criterion for what is appropriate in architecture for man. Leonardo DaVinci made man the center of artistic expression as does the entire science of ergonomics. 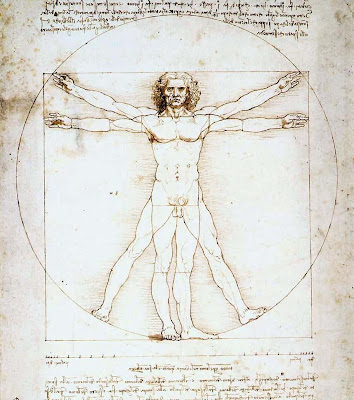 An experienced architect knows that certain things relating to human scale work very well and others do not. A small room (a powder room, perhaps) with a very high ceiling feels uncomfortable; it is like being at the bottom of a chimney. Even when a home has ten- or eleven-foot ceilings, we might frame a powder room at nine feet to better relate to human scale. Conversely, large rooms with high ceilings can be very exciting. They can also be overwhelming. Introducing lower elements (doors, ledges, partial walls) in contrast to high ceilings can humanize a space. Human references introduce warmth. Almost paradoxically, grand spaces seem even more grand if we can relate to them in some personal way.

The Greene brothers, (Charles and Henry) were master architects at manipulating scale. In projects like the Gamble House (1908) in Pasadena, California, their architecture rises to three stories while conveying the feeling of a comfortable bungalow. This magic trick is conjured from low-slung porches, broad roof overhangs, and details directly related to human scale. 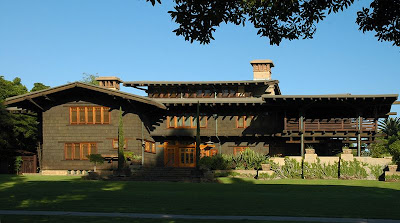 In the Gamble house, low spaces burst into higher volumes that elevate the gaze and the spirit. One specific example can be found on the rear porch where low cross ties on the columns introduce a scale that is seeable and touchable right at the average height of a person. 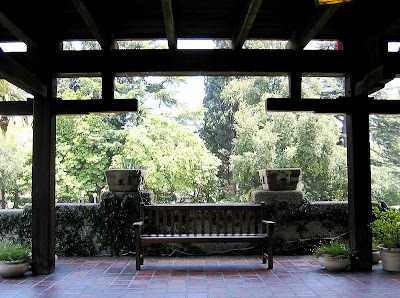 Presumably this humanizing effect would have a similar impact on all people regardless of cultural origin because it is based on a common attribute of all people.

If human scale is a measure of architecture, cultural experience must still affect human response to specific architecture as it plays with scale. How would an individual whose experiences are limited to the scale of single-story mud huts react to the towers of Rockefeller Center? Would it be with awe? Or terror? Would the feelings be the same for a student at nearby Colombia University? We bring with us to any experience the sum total of our history, even if only subconsciously.

Architecture Without Architects, by Bernard Rudofsky, demonstrates that vernacular architecture (such as mud huts) has artistic value. To fully determine that value we need at least some understanding of the culture of which it is a product. How well does it fulfill the need for shelter? What are the cultural references embodied in the shapes? What is the context in which it exists? The same holds true of skyscrapers. We don’t really know if they are good designs unless we know something about the programmatic requirements behind them, the context of their surroundings, and the expectations of the culture in which they exist. We may know some of this intuitively (or think we know) but should be cautious about placing value judgments on any architecture until we know the full story behind it.

Architects are expected to understand the cultural environment surrounding their projects. This is known as contextual design: to be aware of and recognize the context in which a building exists. This could refer to the physical geometry (scale and style) of nearby buildings as well as the social expectations of neighbors. This seems like a simple and appropriate idea. However, it is fraught with problems and the degree to which context should be considered (or whether it should be considered at all) is the topic of considerable debate among architects. The logic of considering the contextual relationship of new buildings seems irrefutable until you realize that most breakthroughs in architecture don’t consider context very much. Frank Lloyd Wright’s Guggenheim museum (1959) in New York gives very little consideration to neighborhood context. Its fluid lines are in stark contrast to the rigid geometry of Manhattan. Yet it is a widely admired work of architecture. It is great at least partly because it presents a fresh alternative to the conventional context in which it was built. It invites and allows us to look at the world in a different manner. However, without the culture in which it was created (a world of grey boxes) it would stand for (or against) nothing. 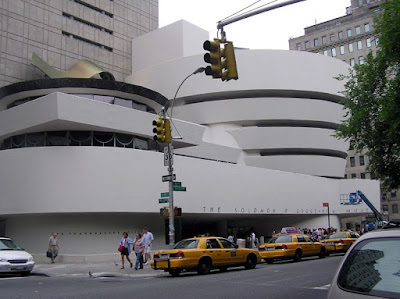 In fact, the Guggenheim shuts itself off from its Fifth Avenue neighborhood, turning inward to a self-referenced environment. So much for context! 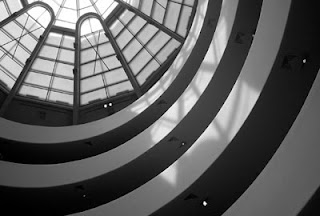 Despite this, Frank Lloyd Wright was a product of the culture in which he worked. He was of Welsh decent raised in nineteenth century Wisconsin. As unique as his work was, it stands framed by the work of other pioneers of modern architecture who shaped the contemporary zeitgeist. His work was informed by the experiences available to him as man well-read and traveled. In other words, the culture in which Frank Lloyd Wright thrived provided the context in which his work was produced. It is a product of a particular time and place.
We prize innovation in any field. Innovation stands in contrast to something that already exists. It fills a need or crosses a gap or opens a new path but it does so within a cultural context. Wright’s Guggenheim, alien as it seems to the architecture of 1950’s America, is still a product of the twentieth century; it could not have come out of fourteenth century Italy or Nepal.
To be aware of cultural context enriches our appreciation of architecture and deepens our resources when creating it. It doesn’t mean we excuse ugliness when we spot it, but if we choose to judge architecture (always a risky endeavor) we should do so with all the facts. When was it created? For what purpose and for whom? What were the budgetary limitations? What were the programmatic criteria? What materials and technologies were available? What were the historical influences on the architect? What client-driven limits were placed on the architect’s creativity? All of these things and much more are part of the culture that surrounds a work of architecture. Understanding leads to appreciation… or, perhaps, tolerance. Every new project, whether mud hut or skyscraper, is an opportunity for an architect to learn. If a building rightly fulfills its purpose it provides an opportunity for the rest of us to learn as well.
Posted by Knorr at 2:00 PM 1 comment: