The Architecture of Power 1: The Capitol Building

Buildings are often symbols for something beyond the structures themselves.  Kevin Lynch famously made this argument in Learning from Las Vegas (Robert Venturi, Denise Scott Brown, Steven Izenour; MIT Press 1977).  Lynch's book praised gigantic neon signs as an appropriate architecture for a fast-moving car culture that has no time for diminutive details. In Las Vegas the buildings themselves become signs, using architecture to attract gawkers and gamblers.

Buildings may blatantly telegraph their function. Hot dog stands in the shape of hot dogs. Ice cream shops as oversized canisters of cream. Motels as concrete teepees. These examples are kitsch; they hardly qualify as architecture. Buildings with more august functions usually employ subtle cues to communicate their function. This is when design transcends structure. It is particularly fascinating to contemplate the architecture of power. Can architecture be used to support the very idea of political power? There is no better place to look for an answer than the capital of the free world, Washington, D.C.
Washington abounds with buildings designed to communicate power, authority, strength. The Capitol building itself is a leading example. An vague image of the Capitol is potent enough to signal power around the world. Whether as a photograph or an abstract logo, the Capitol is universally recognized as a symbol of power. The Capitol is so familiar that even a lean graphic suggesting the capitol dome provides instant recognition and authority. Letter heads, campaign stickers, or government edicts frequently employ the abstraction. It is used as a logo for political talk shows and to market patriotic merchandise of all sorts. Images of the capitol are ubiquitous. 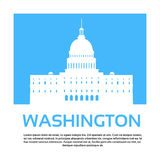 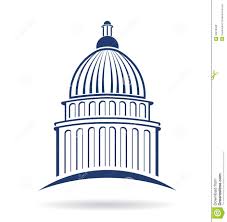 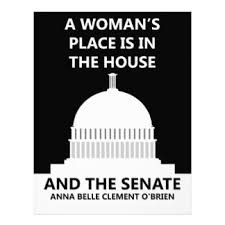 The first Capitol dome, designed by Charles Bulfinch, a Boston architect, was finished in 1824. After Capitol expansions it was considered too small (and a fire hazard). A new dome was constructed to a design by Thomas U. Walter in the 1850s. Eleven Capitol architects have contributed changes and additions over the years. The building has morphed over time; it is impossible to credit authorship to any individual. The accretion of additions has also resulted in the dome looking somewhat like a decoration plopped atop a sheet cake, connected less than elegantly to the elements beneath. Such criticism may seem churlish to some. The symbolism of the Capitol bears almost as much emotional weight as the nation's flag. To criticize it seems unpatriotic. Which brings up the central problem in writing a serious architectural critique of the Capitol: the building is so familiar that it is more of an icon and less of a building. Still, it is architecture and can be viewed as such.
How does it stack up as architecture?  To my eye, the proportions are less than graceful. It looks like what it is: an accretion of add-ons and improvements over time by different people for different purposes. The cohesion of the separate elements is tenuous. I once voiced this criticism to a Washington, D.C. resident. He was horrified. What an affront to the city and it's most iconic building! Well, there you have it: the Capitol is an icon... it can hardly be criticized as architecture. As a symbol of power, it is unparalleled in the world. Perhaps it succeeds as architecture in spite of the architecture, because the building successfully communicates its role as the ultimate seat of power.  But a hot dog stand does the same thing in its realm; nobody would seriously call it architecture. This is a discussion that goes in circles without resolution. The Capitol is a prime example of the architecture of power, but it may or may not be good architecture. I believe it is nearly impossible to objectively see the Capitol, hidden behind its veil of political preconceptions and symbolism.

Finally, the interior of the Capitol building is, put plainly, a let down. Without question, other domed spaces are more impressive than the hall under the Capitol dome. Hagia Sophia in Istanbul, St. Peter's in Rome, the Duomo in Florence - all stand superior. Then we have the Senate and House chambers. When I visited, neither house was in session; it was easy to stroll through and get a sense of the architecture. Many state capitols are better designed than this national assembly. The Senate and House chambers are stuffy rooms, mechanically de-odorized as if there is some stench that needs to be masked. The windowless spaces, festooned with heavy velvet swags, felt like a funeral home. It was depressing to think that some of the most important decisions in the world are made in this environment. On a scale of one to ten, the Capitol interiors rate three.

Please don't think I am unpatriotic.