To the Student in Architecture (Part Two)

As recently as 1959 a brochure aimed at high school students asked Should You Be an Architect? It was written by architect Pietro Belluschi and was provided as a public service by the New York Life Insurance Company. It also bore the imprimatur of the American Institute of Architects. The leaflet repeatedly used the male pronoun. “A few boys… pick architecture while they still are very young.” “Most boys… have had an opportunity to weigh various careers.” “After a boy has finished college, he still must get three years’ training…” (Emphasis added.) And so on. The concluding paragraph gets more specific:

You’ve noticed, I suppose, that I’ve directed my remarks to boys. I cannot, in whole conscience, recommend architecture as a profession for girls. I know some women who have done well at it, but the obstacles are so great that it takes an exceptional girl to make a go of it. If she insists on becoming an architect, I would try to dissuade her. If she still insists, she may be that exceptional one.

Today we find such assertions inappropriate at best and insulting at worst. But this misogyny continued for decades. When I was in architectural school, the number of female students could be counted on one hand. A good friend, Elaine, was explicitly told by a counseling professor to leave the school. It’s not a place for women; get out. She ignored the advice, graduated, and went on to enjoy a successful career in architecture. Elaine was in the vanguard. The situation for women is somewhat better today. According to AIA membership statistics, 17% of all members are female compared to only 9% in 2000. The picture appears even better when looking at the percentage of women in architecture school: 43%. (According to the Association of Collegiate Schools of Architecture.)

However, when you look at the statistics for women advancing in architecture to licensing, employment, professorships, and principals, the percentages steadily diminish. The “glass ceiling” starts to take its toll, apparently.

To the student in architecture: your gender, sexual orientation, race, religion, or politics shouldn’t matter.  For the most part, it does not today. A more interesting question is what happens as people graduate and go on to careers in architecture. It is a question that could be asked about many fields formerly dominated by white males:  physicians, air traffic controllers, police officers, chefs. 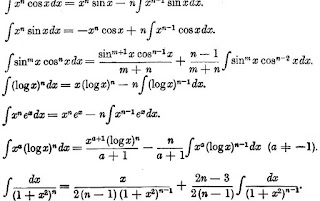 The bottom line, then, is the motivation of the individual. If you really want to practice architecture you will feel it inside and nothing will stop you. To that young person in architecture I wish them luck.  However, what is needed more is persistence. If you are in high school or younger and you are thinking about pursuing architecture, your counselors will tell you two things: you need to know math and you should have artistic talent. The former is only somewhat true and the later is only qualitatively true. Regarding math skills: a sense of geometry is absolutely necessary because architecture is described by geometry. However, higher math skills - like calculus - are more
appropriate for engineers.  For architects, higher math is a hurdle to leap over and, for some, an insurmountable obstacle.  It shouldn't be. I don't know any architects who use calculus in their work routine. Once learned, quickly forgotten.  A talent for art is a little more subjective.  Undoubtedly, architecture is an art. However, if an individual is particularly good at painting or music or sculpture, does that mean he or she would make a good architect? Decidedly not. Conversely, if a person had no obvious talent in the fine arts, does that me he or she would not make a good architect?  No. Architecture is a unique art.  It combines practical considerations (the clients program, budget, etc.) with the need for beauty and originality.  An understanding of the art in architecture is certainly a prerequisite for a good architect... but I have no idea how you measure that ability. I think a person would have to know it inside.

Still want to be an architect? Than I assume you are a persistent personality and you certainly must have a passion for architecture.