Several weeks ago I wrote about Denver's 14th Street: a "New Edge for the City." This was about the new developments adjacent to Denver's theater district and convention center. New condos, hotels, restaurants. Now the city is investing millions of dollars in street improvements with pedestrian resting spots, trees, and Times Square-type signage.  This three-minute animation produced by Parsons Brinkerhoff Project Visualization Group shows what the street will look like by the end of 2011.

The Denver Post recently reported the story of a home built in 1958 that the owner intends to demolish for his new "dream home."  ("Street Fight" by Jeremy P. Meyer, The Denver Post, December 25, 2010.) The home is located in Belcaro, a desirable residential neighborhood.  The owner, Gary Yourtz, was temporarly stalled in his plans by a city ordinance that allows anybody to challenge proposed demolition by filing a landmark designation application.  Mr. Yourtz spent $18,000 in legal fees to make this legal obstruction go away.

The Denver Post published a letter I wrote on the subject:


To the Editor:
The article about Gary Yourtz’s efforts to protect his property from the clutches of historic preservationists is disturbing. As an architect I am familiar with his home. It is, as the preservationists aver, a wonderful example of modern design. However, what dreamworld are people living in when they think that admiring another’s property gives them the right to control its fate?
I don’t know what the replacement home will look like. Maybe it will be better than the existing structure; maybe worse. That judgement in the eye of the beholder is not the point. The right of Mr. Yourtz to improve his surroundings by his own criteria within the bounds of codes and zoning is the only pertinent issue. I don’t understand the desire to hijack property without assent from or compensation to the owner. There are other methods available to preservationists. They might buy it themselves or raise funds to preserve it through a trust.
We live in a vibrant metropolis where change and growth is part of the deal. Those who seek more predictable environments should visit Williamsburg or Disneyland.
Sincerely,
Michael Knorr

There have been a flurry of letters (pro and con) since this situation was reported. The Denver Post editorial board came down on the side of sanity, registering dismay.


To be clear: the existing house really is a good work of architecture. Clean lines; good proportions, sophisticated detailing. I've admired it ever since I moved to Denver. It's the kind of place that House Beautiful and Sunset magazines championed in the 1950s and 60s. Homes like this inspired my early dreams of becoming an architect. Years after "discovering" this house I had the opportunity to study it on a regular basis when working on the Mongile (now Coors) residence right next door. I never got tired of looking at it.

The Belcaro neighborhood has other outstanding works of architecture, including a copper-roofed house by Taliesin Associated Architects (Frank Lloyd Wright's successors) and a bold A-frame by Bill Muchow.  The centerpiece of the neighborhood is the massive (33,000 square feet; 70+ rooms) Phipps Mansion designed by Fischer and Fiscber in 1931.  Ironically, the neighborhood has long been a focal point for change and architectural diversity.


Having noted all the good things about Mr. Yourtz's existing house and neighborhood, none of this matters.  In the end, this issue is analogous to free speech rights. Mr. Yourtz's property is his forum to speak whatever architectural tounge suits his fancy. As long as he doesn't harm his neighbors through code or zoning violations, what business is it of ours that he replaces his mid-century modern design with something new?  Some argue that there is harm to the community by "robbing" us of an important piece of our architectural heritage. That argument is, first of all, an abstract asssertion that lacks proof and, more importantly, a huge expansion of the definition of "harm." Warping words in this manner diminishes the impact of real, physical harm when it occurs.

The Denver ordinance allows anyone (in the case of Mr. Yourtz, his antagonist did not even live in Denver) to cause great mischeif.  Any house could be labeled "historic" until proven otherwise. Councilman Charlie Brown has indicated he may seek changes in the ordinance; I hope he moves forward with this idea.

Finally, what is to be done with historic and architecturally significant buildings?  The Phipps Mansion provides one example.  It was purchased recently by Tim Gill and Scott Miller.  They have the money and desire to restore the tattered structure to its original glory. That's what it takes: money and will. Old structures are expensive to maintain and restore. They require a sympathetic hand and an open purse.  It is presumptive to impose the burden of historic preservation on any individual out of the blue.  That is what was attempted in the case of Mr. Yourtz with his mid-century modern ranch house. I wish him well with his new home, whatever style it may be.

Architecture on Your Mobile Device 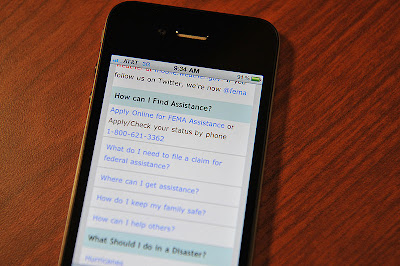 This blog is now mobile-device-friendly. If you happen to check out these posts on a smart phone it will present itself in an easier-to-read format. Thanks for reading either on your computer or your mobile!
Posted by Knorr at 9:18 PM No comments: