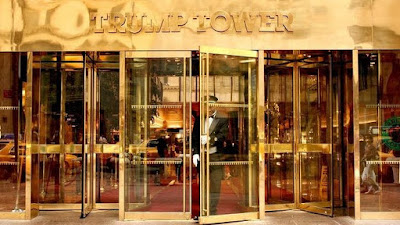 A focus group of Donald Trump fans was recently interviewed on MSNBC. One question caught my attention:

Q. How do you envision a Donald Trump presidency?
A. It would be classy.

Seriously?  Donald Trump is classy?  Regardless of what one may think of Trump's political ideas (or lack of them) the adjective classy doesn't belong in the same sentence as Trump. That's my opinion, but, obviously, to some people Trump does connote class. The conversation reveals a huge rift in agreement on what classy even consists of.
This isn't a blog about politics, it's about architecture. So my comments come from a specific perspective. The first time I ever saw a Trump building, Trump Tower in New York, the adjective that came to mind wasn't classy. Gauche, perhaps. Or, less kindly (in Trump's world it seems OK to be unkind), cheap, pretentious, megalomanic, delusional....
Trump Tower is like most of Trump's real estate. The color "gold" is slathered over everything, either as brass, anodized aluminum, or gold paint. None of it is really gold. That doesn't matter; pour on enough of the gaudy, shiny stuff and people get the point: this is rich man's territory. There are also plenty of mirrored surfaces, suggesting infinite amounts of wealth. It is a triumph of glitz over style. Strip away the surface decoration and there is very little architecture left and zero originality. The lobby is just a suburban mall turned vertical. 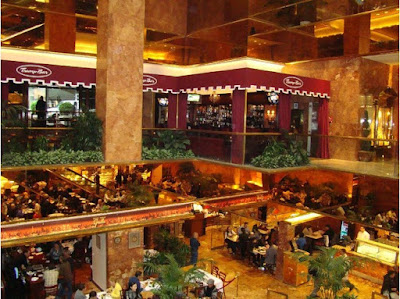 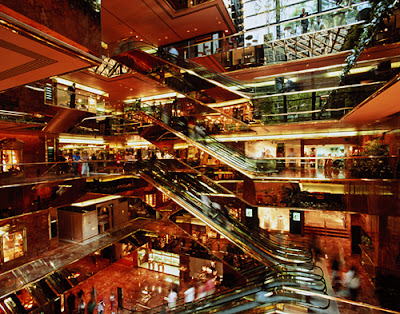 Trump's penthouse apartment in the same building is even worse. It is a shameless display of gaudy decoration, impressive by its opulence, but not by its good design. All the trappings of a rich man are strewn about, but there is no architecture and no sense of style.  It is such a cartoonish interpretation of what a rich man's home should look like, it might as well be the apartment of Thurston Howell III or Scrooge McDuck. That this can be construed as classy is discouraging. 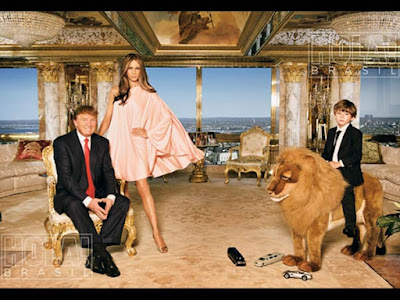 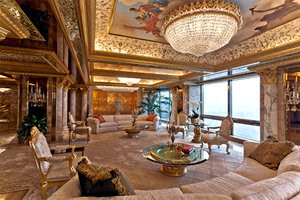 Maybe it's my conservative Lutheran upbringing. My childhood was imbued with the idea that a display of wealth was not polite.  Certainly no one has an exclusive claim on what is good or bad in the world of design. I'm aware that criticizing another person's idea of classy contains its own snobbish arrogance. Who am I to set the standard? Nevertheless, the qualities of good design may be debated, but it should not be a battle of opinions. It should be a debate about principles. I can't see any sturdy design principles behind Donald Trump's self-created potentate trappings. It's not classy.
Posted by Knorr at 10:53 AM 4 comments: