As a small addendum to the previous entry, a word about the more recent additions to the facade of Sagrada Familia.
The recent monumental sculptural expressions on Sagrada Familia (the Passion Facade) are not designs by Antonio Gaudi. They are the works of Barcelona sculptor Josep Maria Subirachs. To architectural critics his work is not Gaudi-esque enough; some call it cold and unemotional. I find this assessment flat-out wrong.


Subirachs work does not mimic Gaudi's style, nor should it. It is completely original and fitting. It is a continuation of the themes established by Gaudi without slavish imitation. (Just as Gaudi imitated no one before him.)


I am proud to have two examples of Subirach's work in my collection. One is a lithograph by the artist showing his drafting table in the foreground with his design for a knight sculpture used in Sagrada Familia; in the middle ground is the rooftop and chimney caps of Gaudi's La Pradera, the inspiration for Subirachs' knight. Sagrada Familia is portrayed in the distance. The second is a wood carving which Subirachs executed as a study for his knight. Both are treasured gifts from Bill McDonough, purchased at Subirachs home in Barcelona. (Subirachs actually spends most of his time at Sagrada Familia, where he lives and works on site. Bill met Subirachs there and was introduced to his son, Dani, who was authorized by the elder Subirachs to sell these works to Bill.)
Photos:
1. Rob Munger
2. M. Knorr
3. M. Knorr

Gaudi and the Architecture of Sagrada Familia

Gaudi and the architecture of Sagrada Familia have been mentioned several times in this blog. For those who don't already know, Antonio Gaudi (1852-1926) is Spain's greatest architect. In Barcelona he is treated like a saint. His monk-like lifestyle and single-minded devotion to God and architecture did not discourage such appreciation. To this day, Gaudi has many admirers and followers.

Gaudi's most famous and most important work is Sagrada Familia in Barcelona. Under construction since 1883, he devoted the final decades of his life to this enormous structure.

Gaudi's work is usually lumped-in with the art nouveau style (modernisme in Barcelona) popular at the turn of the nineteenth century. It is understandable how Gaudi's florid, exuberant forms are categorized in this manner. His architectural excesses were dismissed by Frank Lloyd Wright as "architecture with a laxative." This was mistranslated in Spain at the time  as "architecture with a suppository." Either way, it suggests the effusion of architectural decoration that leaves no surface unaffected. To many this exhurberance is excessive.

In my opinion, this focus on the surface characteristics of Gaudi's architecture misses the point of his genius. Rather than being among the first of the art nouveau architects, he is better understood as one of the last of the Gothic architects. Gothic architecture swept through Europe in the thirteenth century. It emphasized a new verticality in architecture, using exoskeletons of flying buttresses to reduce the mass of exterior walls. It also featured vast quantities  of stained glass that introduced  unprecedented amounts of light into the interiors of great cathedrals. Gothic architecture was essentially a structural revolution that replaced the traditional architecture of the day to become the new modern. Gaudi, at heart, was also mostly concerned about structure. Where Gothic architects used flying buttresses to resolve the structural weight of their immense cathedrals, Gaudi introduced angled columns to pick up the gravitational forces of heavy roofs and towers.

Gaudi's Sagrada Familia is still an unfinished building. The largest and tallest spire, at the crossing of the transepts, has yet to rise to the heavens. However, what is currently built clearly reveals the intensity of structural expression behind the architectural forms. Many of his earlier projects were, in retrospect, experimental prototypes for Sagrada Familia. But on this work alone,  Gaudi qualifies as one of the greatest architects of the twentieth century.
Posted by Knorr at 12:34 PM No comments:

Bruce Goff created stunning works of architecture beginning in the 1920s to his death in 1982. A few of his works were completed posthumously. However, many of his projects - including some of his best - were never built. One such example is the Crystal Chapel, designed in 1950 for Norman, Oklahoma. A scale model of the project was built at the time to aid in fund raising. The model was so convincing that some people, upon seeing published photographs, thought the chapel had actually been constructed. Many architectural pilgrims are said to have been disappointed upon visiting Oklahoma and being told that the building never existed. The model has long been destroyed and money and politics prevented the real thing from materializing. Now we have a new model to appreciate. The video below by Skyline Ink Animation Studios presents a computerized animation that gets inside Goff's vision in a way no cardboard model ever could have. It was produced for an exhibition organized in 2010 at the Fred Jones Jr. Museum of Art in Norman, Oklahoma.

For those of us who grew up with (and loved) Walt Disney's Tomorrowland, the Monsanto House of the Future, Bucky Fuller, and the architecture in Superman comics... this one's for you:
I usually avoid being a shill for manufacturers' products. But this vid by Corning Glass has great architectural appeal and presents an optimistic vision. It is a futurist fantasy of the world of tomorrow as it is now unfolding.
Posted by Knorr at 8:06 AM No comments:

Last week another spring architectural tour was on the calendar. This time it was Denver's Wash (Washington) Park neighborhood. The district is "famous" for its classic American bungalows and arts-and-crafts architecture. This was a popular housing type built throughout the country in the early decades of the last century.

Unfortunately, the Wash Park tour featured clever decorating and spiffy landscaping, but was slim on architectural excitement. So, instead of featuring any homes from this tour, I offer a few examples of truly great original architecture from the arts and crafts movement (broadly construed). These are works that any student of architectural history will recognize. They are original works of genius that continue to influence architects to this day. 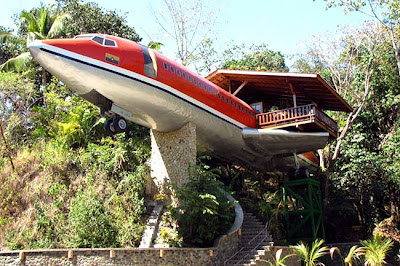 Thank you to our friend, Greg Walke, who forwarded this contribution to our Architectural Oddities file. It is the home of Joanne Ussary who bought a used Boeing 727 for $2000. She moved it to its current sie for $4000 and spent an additional $24,000 for revovations. There is a personal Jacuzzi in the cockpit. No word on what the site for this aerie cost. 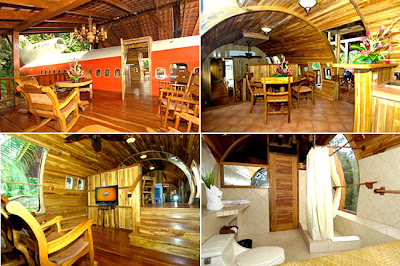 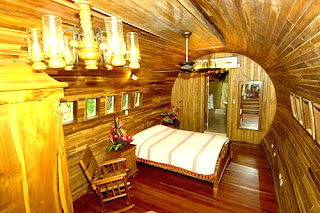 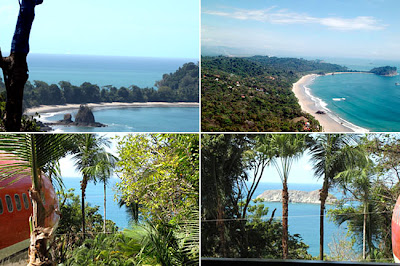 Spring brings forth flowers, dandelions, and home tours. The season has started in Denver and neighborhood architectural tours are available for the picking almost every weekend. The  University Park neighborhood (or, as some call it, Observatory Park) had its tour on May Day.
This is one of my favorite neighborhoods because it is about as eclectic as they come. How many neighborhoods boast a Russian Orthodox church, complete with onion dome, only a few bocks from an Anglican Catholic church as well as the usual complement of protestant and Roman Catholic places of worship? Architectural styles range from Victorian to Denver Square to bungalow to ranchette to English cottage to neo-Mediterranean to mid-century modern.  On top of all that, there is a charming old park with big trees and a 19th century observatory. This neighborhood has it all.
This year's tour offered nothing in innovative, cutting-edge architecture. However, there were a few architectural oddities that made the afternoon worthwhile. One was an all-concrete, art deco home designed by architect Eugene Groves in 1932. More odd than beautiful (as these photos attest) it has the grey, lumpy quality characteristic of much art deco architecture.  The living room ceiling is an ovoid dome -- also of concrete -- with ziggurat pendentives. Acoustically, it performed like a whispering gallery and there was some vague claim to spiritual qualities. This dome is also the most distinctive feature on the exterior as it pokes above a tall hedge on Josephine Street. The rear of the house has a concrete stairway that ascends to a roof deck. The whole thing reminded me of Rudolph Steiner's esoteric (almost creepy) architecture.
The tour was also an opportunity to inspect the old Fitzroy mansion (1893 - now used by Accelerated Schools) and the neighborhood's centerpiece, the Chamberlin Observatory  (1890). The original grandeur of the mansion can still be discerned under the disarray of its current function but it would take millions to fully restore its beauty. The Richardsonian Romanesque edifice was design by architects Fuller and Wheeler of New York.

The observatory, on the other hand, is a fully functional time machine that takes you back to Denver's early boom/bust excitement. In addition to this spring tour, the observatory hosts frequent open house dates. During an open house you can climb a ladder under the dome and peer through the 20 inch, 100-year-old Clark refractor as well as a wide variety of amateur telescopes. The next one is May 14th; admission $1.  The observatory was designed by Denver architect Robert Roeschlaub. He based his design on the Carleton College Observatory in Northfield, Minnesota.

All photos: MJK
Posted by Knorr at 4:59 PM No comments: