Architecture is often compared to music. Goethe called it “frozen music.” But architecture is anything but frozen. It is an experience that changes with the time of day, environmental conditions, age of the structure, and the viewpoint (both physical and cultural) of the participant.
Architecture engages all of the senses and is a dynamic experience. It is not frozen music or frozen anything. Yet, music provides useful terms to describe architecture. Architecture lacks a theoretical language of its own, and we borrow from other art forms to get a handle on what architecture is. A useful musical analogy is the concept of theme, variation, and development.

Most of us know what a theme means in music: a recognizable pattern of notes and chords. Such patterns (melodies; tunes) are the core of most musical compositions. In music, sound provides the theme. In architecture the theme is established with shapes and geometric volumes. Here is a simple shape – a rotated square with four small squares embedded. 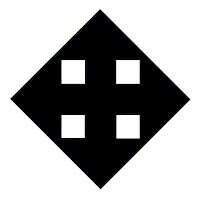 One can manipulate this simple theme by rotation and extension to create interesting variations. 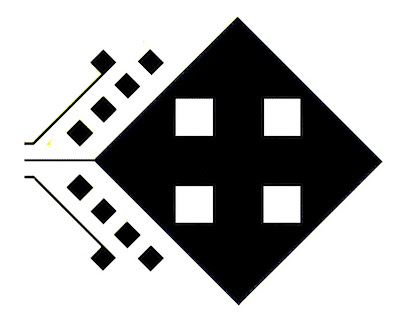 From this is is possible to develop the variations of a theme with an infinite number of choices in size, composition, organization, and even color.

This playfulness with geometry can be seen in many cultures, from the bilateral symmetry of a Navajo rug to the single-axis symmetry of a Turkish prayer rug. 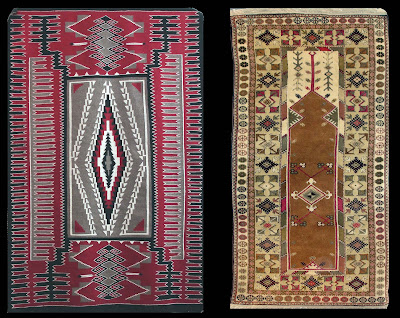 In architecture these themes, with variation and development, become three-dimensional and more complex. It is like moving from checkers to chess. Geometry still plays its part. It may be right-angled geometry (most typical in western architecture). 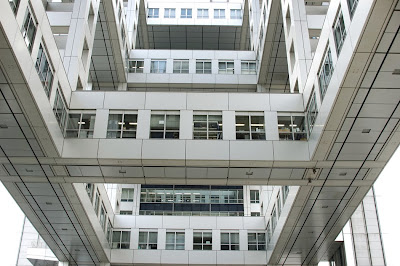 It may be an arrangement of arcs and curves combined with cubic forms, as found in many mosques. 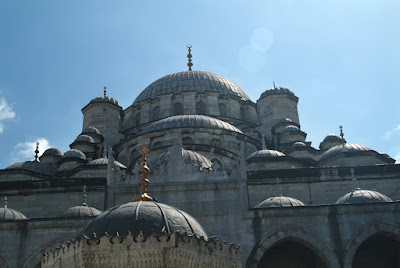 Or it may be a geometry of apparent chaos like the deconstructivist Guggenheim Museum in Bilbao, Spain. (Architect: Frank Gehry, 1997.) 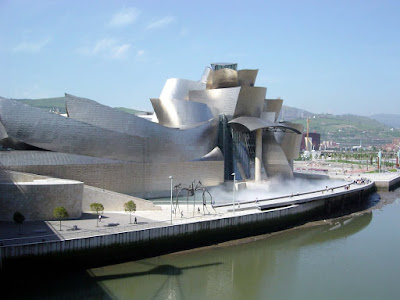 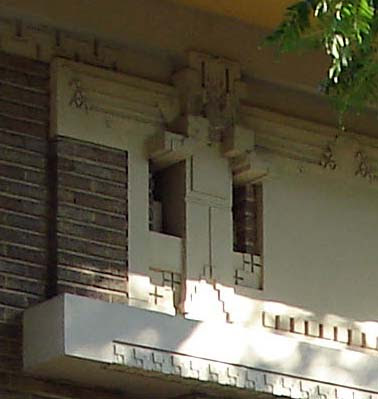 which grow into an elaborate and sophisticated volumetric composition 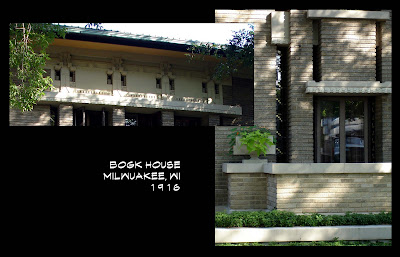 to emerge as architecture. 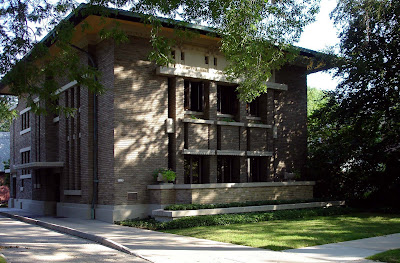 A building may be only simple structure enclosing space, perhaps useful for some function like a warehouse or shed or an office building. But without an organizing theme behind the structure, it is not architecture. A theme helps give architecture meaning. Great architecture creates delightful environments where every detail builds upon the design theme, repeated in endless variations. Structures like the Bogk house are reminders to modern architects of the power of theme, variation, and development.

To return to the musical analogy: random sounds may be nothing more than noise; it takes organization — a theme with variations and development — to transform sounds into music. Architecture, being a three-dimensional art, has its primary themes in space. Solids and voids. Structure and volume. Other themes also exist in architecture: color, historical allusions, manipulations of scale. However, the geometry of space unfolding is the primary theme of an architectural experience.

One final example of theme, variation, development: vintage photographs of the Price House by Bruce Goff. (Designed 1956; destroyed by arson 1996.) 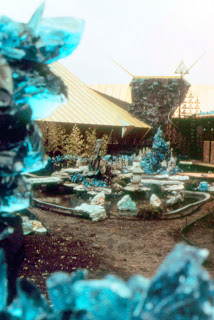 This masterpiece of residential architecture is based on the rare module of an equilateral triangle. The extrapolation of this basic shape into three-dimensional architecture is in
evidence everywhere throughout the structure. 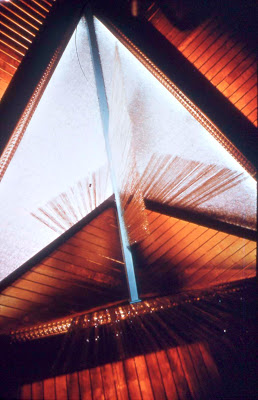 This is architecture in its purest form. 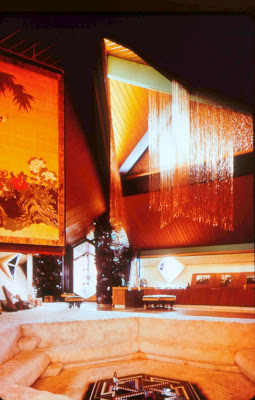 Just so there is no mistake: the essence of architecture is not repetitious two-dimensional patterns. That is just wallpaper. In architecture the purpose of a theme is to build upon it spatially, creating human-purposed variations that develop into three-dimensional habitations. In skillful hands this aims to be a symphony rather than just a pleasant ditty.