Readers of this blog may have noted my concerns about the major overhaul of Denver’s zoning code that's in the works. (See A Letter to the Mayor, July 6, 2009). The Denver Post also published an op/ed piece I wrote on the subject, criticizing the second draft of the code. The writers of the proposed code (Community Planning and Development, led by Peter Park) are now in their third draft and, to their credit, there is evidence they have been listening. Not just to me. The local AIA, builders groups, and others have been analyzing the document and providing critiques. However (and this is a big “however”) I still have concerns about the new rules and the timing of the entire process. 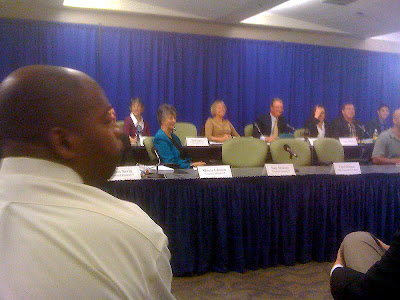 We are now at the point of public “listening sessions” where city council and CPD listens to public comments on the proposed code. The format for these sessions is "open mic" with three minutes of time allotted per person. Three minutes is not a long time if your concerns are many. Here is what I said (italics) at the first listening session held yesterday downtown.

Community Planning and Development has issued three drafts of the proposed code over the past three months. Each time the public has responded with input and questions. And each time CPD has responded with new language in the updated drafts.

I appreciate the responsiveness and hard work of CPD. However, I have two concerns.

First, with each new draft, the full impact of 700 (+/-) pages takes significant time to interpret and understand. CPD has had nearly five years to develop everything in the code. The general public, design professionals, builders and developers get only a few weeks between drafts to absorb and understand the issues. Most of us also have real jobs that occupy much of our time. Now the fourth and final draft is about to come down. My first concern is that there is simply not enough time budgeted to review, understand, and respond. I have reviewed parts of the proposed code that directly affect my work. The council is about to vote on all aspects of the code – every nook and cranny of it – for the entire city and for a long time into the future. If we can spend five years getting to this point we should also have a proper amount of time to avoid a rush to judgment. That time is not in the schedule now.

My second concern is more nuanced. It appears that in crafting a “form based” code there is a prejudice – whether intentional or accidental -- against some architectural styles. This emerges in the way the numbers are written. Counter intuitively, even some important traditional forms (such as the architecturally significant Jacques Benedict designs on Seventh Avenue Parkway) would be impossible to emulate under the proposed zoning. Though we have been told that the new code does not dictate architectural style, the de facto results of the numbers have a huge impact on style. In an apparent effort to maintain the status quo, many parts of the code micromanage form in a manner that is more like a narrowly-controlled, covenanted community then a vibrant urban center. Protecting our neighborhoods from traumatic change is desirable, but it should not be at the expense of innovation, creativity, and experimentation. That is what distinguishes a dynamic city from a backwater burg. The new code effectively freeze dries many parts of town, even where they are not historically, architecturally or economically interesting. We also need more time to fine tune what I hope are such unintended consequences of the proposed zoning code.

That is all three minutes allows.

The "prejudice... against some architectural styles" includes different height limits for pitched-roof buildings than flat-roofed (often contemporary) buildings. Here is how a pitched roof building in zone E-SU-Dx (refer to the code to understand these new "simplified" designations) would be affected. The red-highlighted areas would be disallowed under the new rules:

For an identical floor plan but with flat roofs the new restrictions would be so severe as to make the design unbuildable:

This appears to be a prejudice against contemporary design. A "bulk plane" approach, as we have now, would be a more objective way to control the impact of a structure on its neighbors.


But traditional designs are also hampered. Below are three of the Jacques Benedict designs referred to above. They would all be disallowed under the new code because their unbroken facades are too long. This would micromanage architectural design in a way that is inappropriate for a large city like Denver. 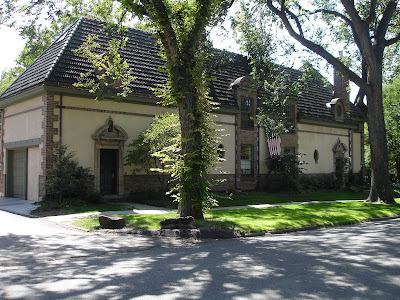 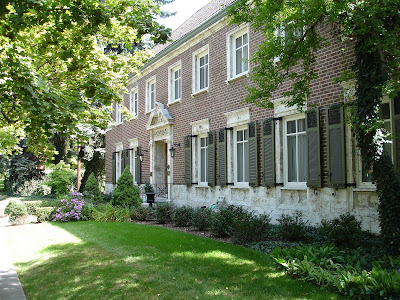 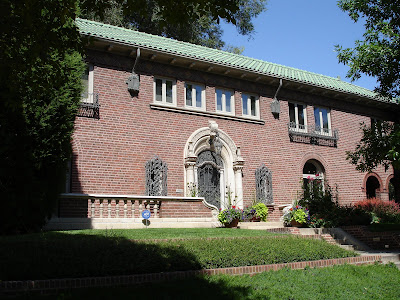 This material and more has been provided to city council.


I was heartened by the turn-out at yesterday's listening session. Many people are concerned about the impact of the code on their neighborhood and their property. Thoughtful and articulate opinions were voiced about areas of the proposed code that I have not yet explored. (It is over 700 pages, you know.)

You can explore the current draft of the new code and express your opinion at http://newcodedenver.org/ .