A residential project by Michael Knorr & Associates is featured in the current issue of Colorado Homes & Lifestyles (June/July 2009, pages 58-65) as an “Urban Nest”. The publication is available on newsstands and in bookstores such as the Tattered Cover and Barnes & Noble for $4.95.

Our original clients built the house a decade ago. Under their ownership the interiors were elegantly monochromatic; the furnishings emphasized modern classics from the 1920s through the 50s. The project was previously published in the home section of the Rocky Mountain News (June 6, 1999) and was on the March 2002 cover of Builder/Architect magazine. The current owners, Dave Hurt and Scott Coors, purchased the property two years ago. They have completely redecorated the home using the talents of Jim Herring of HW Home. Warmer colors and tactile materials were introduced throughout the house. Texture and warmth provide a welcoming atmosphere. In my opinion, the house looks great in both incarnations. Here's a two page spread from the current magazine article, followed by a few images from earlier years. 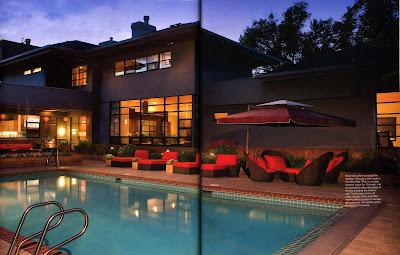 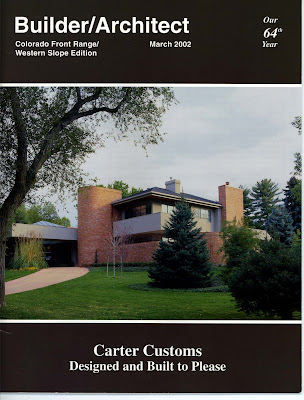 The project appeared on the cover of Builder/Architect in 2002. 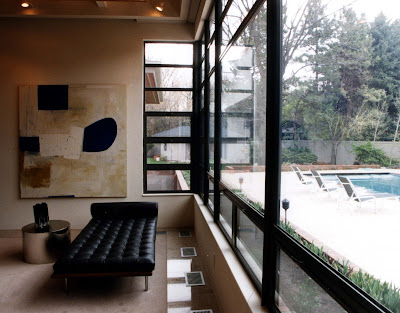 A Corbusier-designed chaise as furnished by the original owners. The windows are by Hope, the same manufacturer specified by Frank Lloyd Wright for his Fallingwater masterpiece. 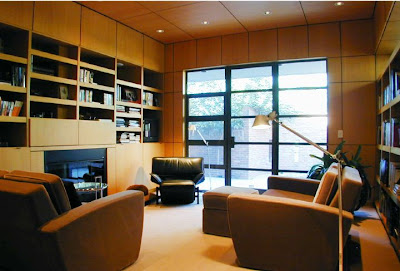 One of my favorite rooms is the library. The woodwork wraps the room with perfect craftsmanship. 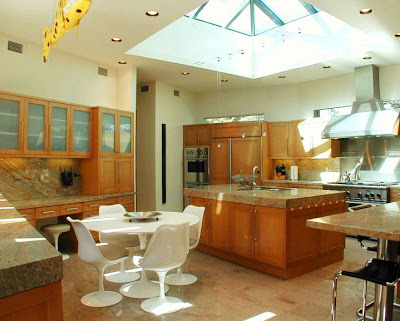 The kitchen with a classic Eero Saarinen-designed table and chairs from the 1950s.